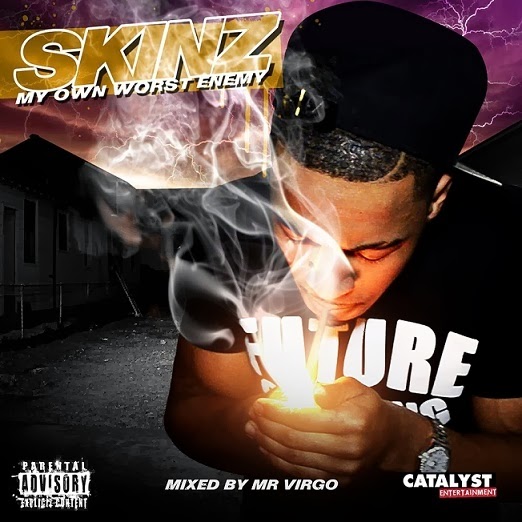 Representing Steel City, aka Sheffield, Skinz had a healthy run in the UK rap race during the last quarter of 2013. And for a new name in the scene and someone who not too long ago was released from the pen, he’s already captured the ears of top tastemakers at BBC Radio, Amazing Radio, Link Up TV, GRM Daily, and SB.TV – with a little help from his Catalyst management crew, of course.

Skinz reflects on his past hardships with an authenticity and conviction that hasn’t been seen in UK rap newcomers for a while – too long, actually. There’s pain there – a lot of it, too – and it’s relayed in every bar that he delivers. Could Skinz be the one to inject that raw reality back into the scene? Well, if his new mixtape, My Own Worst Enemy, is anything to go by then the answer is an easy yes. "Light work!"