Style Counsel: Keeping up with the (Kim) Jones 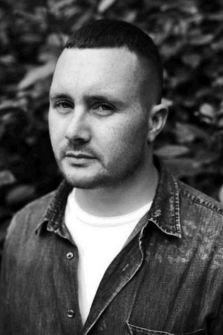 Alongside his own collection, Kim Jones has worked with a variety of companies, including Topman, Umbro to produce Umbro by Kim Jones, Mulberry, Louis Vuitton, Alexander McQueen, Hugo Boss, and Iceberg.

Jones has also contributed as both a stylist and art director to magazines including Dazed & Confused, Arena Homme Plus, T Style Magazine, and i-D. The Face even had him at No.20 in the top 100 influential people in fashion.


In 2008, Kim Jones was hired as creative director of British men’s luxury goods brand, Alfred Dunhill. His injection of modernity into a heritage brand proved an exciting formula. Now he’s moving on after presenting his last collection for them.

Kim Jones, how are things?

All good, thanks. Just got back from Indonesia, which was really relaxing. I'm back in work mode now, though.

How did you become creative director of Dunhill?

I was approached by a head-hunter from Paris called Floriane de Saint Pierre, who works with all the large luxury groups to find creatives. I really liked the idea of the brand, so I did some projects and went for a few interviews. Around 40 or so people were approached, so I guess I did something right.

You sure did! Were you brought in to make the brand more appealing to a younger market, perhaps?

Dunhill has its roots in tradition, but Alfred Dunhill himself was a very modern man, so I took his approach and looked at what tradition meant to the modern man. I visited the store and found things my friends and I would wear. I haven’t been trying to change the whole look, I’ve just taken the best that was there and refined it.

Okay, so what made you decide to leave Dunhill?

I’ve been offered something I want to take up and, after nearly three years, it’s the right thing for me to do.

You certainly made legendary sports label Umbro much cooler to wear...

Yes, I did Umbro By Kim Jones for five years. It was great, because it was an open brief. I kept the theme very English. I love British menswear and London is a menswear capital, so I like to celebrate that fact with everything I do.

You also have your own award-winning label, Kim Jones. Any future plans?

At the moment, I have no plans with Kim Jones – but never say never. Looking at what younger designers are doing now, I guess I’d have to come back with a different approach. I always see what I did with the Kim Jones line as cultural rather than fashion. If I was to do something again it would be with someone like George from These New Puritans, as I’m finding new music more exciting than new fashion at the moment and people like The xx and These New Puritans are doing really great things which influence people. Plus they’re all super-nice, too.

What about your new line with Kanye West, Pastelle?

I did some work with Kanye, but Pastelle is on hold. We’re still good friends and we email each other quite a lot. I always see him when we’re in the same city. He’s a really nice guy and has so many ideas, which I admire.

You’ve achieved so much so young. Does it shock you?

No, I never see it like that. I’ve worked very hard, taken calculated risks – and there are elements of luck too. I just do what I need to do for my job, really, and the timing of things has been good for me as well.

Quick ones: grime or dubstep?

London. It’s where it all starts and the energy is fantastic here.

Caviar, even though you shouldn’t eat it as sturgeon are so endangered. I don’t really eat chips.

Facebook, as it’s more social. You can see what your friends are all doing when you’re travelling, which I am most of the time.

This also appeared in The Metro Newspaper
Posted by Joseph 'JP' Patterson at Friday, October 08, 2010