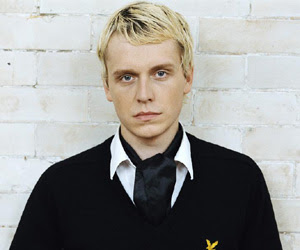 Mr Hudson is the man of the moment, and after working with the Kanye West on the massive ‘Supernova’ track, this indie/R&B-loving Englishman is set for world domination!

London or New York?
London, because it's my home town. Although, I love New York and have been there a few times recently, but it's always nice to come home. I've got so many friends and great memories of London.

Lyle & Scott or Nike?
Lyle & Scott. Big up the Scots! Also, they're more my style at the moment and that's the great thing about fashion, it can change.

Indie or R&B?
That is a difficult one, but it's all about the songs. I love mixing up styles and beats and it also depends on my mood.

The stage or the studio?
You can only get so many people in the studio, I know, because I've tried. You can always record a show, but I love playing to a crowd.

Television or radio?
Pictures are better on the radio. I travel a lot, so I check out a lot more radio than TV.

Going clubbing or staying in?
Clubbing, for sure. There is more music and cool people in a club than at my flat. It's where I get a lot of my inspiration, going to a club.

Tinchy Stryder or Chipmunk?
Don't make me choose! They're both doing great at the moment and they're both really cool people. I've spent more time with Tinchy, but Chipmunk has suggested we work together -which would be great.

MOBOs or The BRITs?
MOBOs. It was a lot of fun and I’m still waiting on my invite to The BRITs. This year's MOBOs felt like there was so much great talent out there at the moment: N-Dubz, Tinchy, Taio Cruz etc. It's a very good time at the moment!

Mr Hudson – Straight No Chaser - out on October 19.

A version of this appeared in the The London Lite Newspaper
Posted by Joseph 'JP' Patterson at Tuesday, October 20, 2009