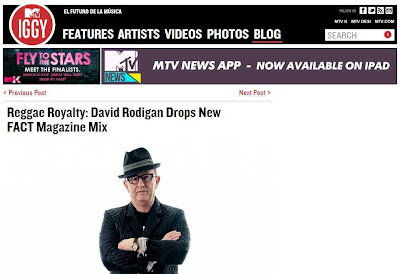 David Rodigan MBE is held in such high regard in the UK and Jamaica for his work, and rightly so. The legendary DJ has dedicated most of his life to the promotion of reggae music, and he was one of the first to bring it to the British masses back in the 1970s with his Reggae Rockers show on Radio London. He’s worked at almost every worthy national radio station since, but now he sits comfortably at BBC Radio 1Xtra HQ every week – where he hosts one of the station’s most-listened-to shows.

Our friends over at FACT Magazine recently got Mr Rodigan to put together a free mix for the legions of old and new fans of the Jamaican-born genre. It features classic reggae jams, and never-before-heard dubplates. So go and grab your bottle of rum out the cupboard (drink sensibly, folks), sit back, and enjoy the leading sound of the Caribbean islands.