MTV IGGY: Joel Compass Channels His Inner Prince On 'Back To Me' Debut 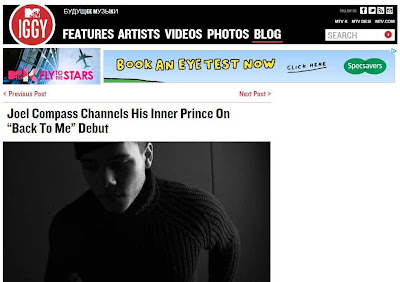 Joel Compass is a 19-year-old singer from Brixton, south London, who will be releasing his Astronaut EP on Black Butter Records in June… And that’s pretty much all of the information that’s out there on him. It’s almost like there’s a 'you-don’t-need-to-know-about-me-just-listen-to-my-music' trend among the contemporary R&B lot but, in a way, it’s kinda refreshing.

Back To Me is the title of Compass’ impressive debut. His smooth, hair-raising falsetto glides effortlessly over the simplistic production – sounding like a young Prince or Maxwell, or something – and the video for the BBC Radio 1Xtra-playlisted track follows the story of a young boy who witnesses his father getting shot, but is later saved by a witch doctor who fixes the wound by inserting a snake in it. It’s not as freaky as it sounds. Promise!