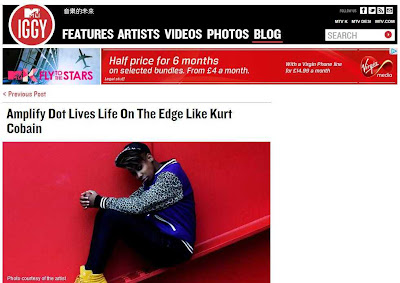 Following her 2012 warm-up track, Get Down, Amplify Dot – one of Billboard’s top UK female MCs – is ready to release her first official single on Virgin Records on April 28. From the first day she entered the music game, back when she was co-signed by Missy Elliot at the age of 13, Dotty has always presented a delivery that is rough, ready and full of attitude – proving that she can go just as hard as the fellas – and her new release, Kurt Cobain, is another example of that. The electrifying, drum-heavy beat is a perfect fit for the MC’s hard flow and witty rhymes about living life on the edge/darkside.