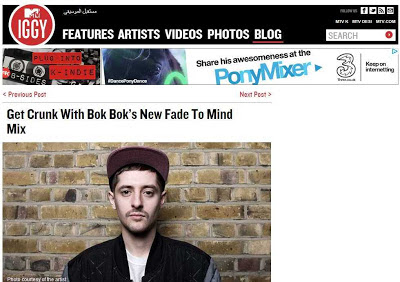 In the run-up to Fade To Mind and Night Slugs' collaborative showcases at SXSW this weekend, Bok Bok – the man behind London’s forward-thinking Night Slugs label and club night – just uploaded a new 54-minute promo mix to keep grime, juke, and house heads excited until they take the stage. For those not lucky enough to attend the Texas-based music festival this year, I think it’s best you listen to it now, download later, and put it on repeat from Friday onwards so that you don’t feel left out. Don’t you?