MTV IGGY: Rumour Has It That Chlöe Howl’s About To Pop… 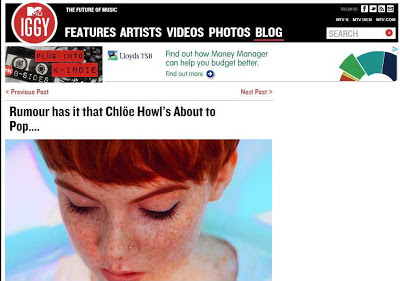 Seventeen-year-old Chlöe Howl sure does have a way with words. The Columbia-signed Londoner purposely weaves everyday situations and pop culture references into her songs, allowing her down-to-earth style to connect with the average boy and girl of the world. If you love a bit of Allen and Nash, then you’ll dig Howl. Following her well-received first introduction, No Strings, comes Rumour – a synth-heavy pop offering, with honest lyrics exposing some of the newcomer’s insecurities. She sings: "I’m just trying to work out how to be like myself / I’m just trying to work out these cards I’ve been dealt." Deep! Listen below.