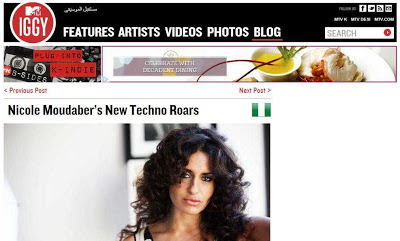 Roar is the fitting title of Nicole Moudaber’s monstrous new single. Techno’s new leading lady, who was born in Nigeria and now resides in London, is famed for making the fist-pumping genre sound less headachy by adding streaks of soul and tribal influences to her productions. The slower tempo of Roar, along with some haunting cries in the background, allows the listener to get into a groove – which is kinda difficult to do with a lot of the techno music currently being released. Listen...