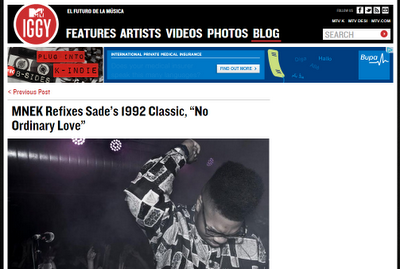 MNEK turned 18 last week and, as a gift to his fans, he decided to give out his refix of Sade's No Ordinary Love track for free. The young singer, songwriter, producer, and all-round pop music genius from London brings the 1992 classic from the soul star's Love Deluxe album into the 21st century by laying down a haunting vocal over an eerie, electro-soul production. Listen below.