The Daily Mirror: Album Of The Week - Wiley's 'Evolve Or Be Extinct' And Eskimo Dance Review 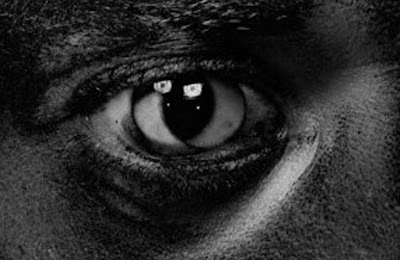 The godfather of grime is back, and he has a new and rather harsh message to share with the world: 'Evolve Or Be Extinct'.

On the futuristic-sounding album, Wiley proves that he has what it takes to keep his respected title - showing growth in both the lyrical and production departments.

Over the course of thirteen tracks, Richard Cowie explores different sides to his complex character: a motivational side ('The Door To Zion'), a lovey-dovey side ('Miss You'), and a humorous side ('Can I Get A Taxi Please?'), but he makes it perfectly clear that he is by no means bipolar on the track, 'I'm A Weirdo'.

'Evolve Or Be Extinct' is set to add to Wiley's long CV of well-made compilations. 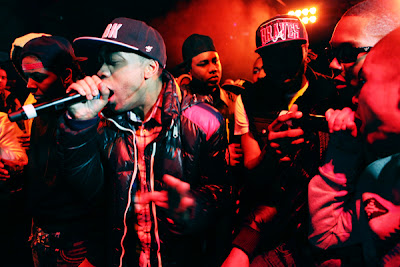 Not only is Wiley a mastermind when it comes to everything grime, but he's also a bit of a club night promoter too.

With the help of his good friend, DJ Cheeky, the east Londoner decided that it was time to resurrect his 10-year-old grime event, Eskimo Dance.

Thousands from around the country headed to London's Proud2 venue last Saturday with the hope of seeing their favourite spitter tear up the microphone, and boy were they in for a treat.

Veteran grime MCs - Skepta, JME, Jammer, Riko, the elusive Wiley himself and various others - were joined on stage by some of the scene's new blood - Scrufizzer, Merky Ace, Rival, Kozzie et al - who all had an aim to get the most reloads on sets hosted by the legendary DJ Slimzee, Kiss FM's Logan Sama, Rinse FM's DJ Maximum, DJ JJ and DJ Spyro throughout the night.

Catering to the people who could no longer be bothered to mosh and throw up gunfingers, Marcus Nasty and Funkbutcher - also from Rinse FM - calmed the hype down in between the grime all-nighter by throwing down some house and funky bangers.

This also appeared in The Daily Mirror and online.