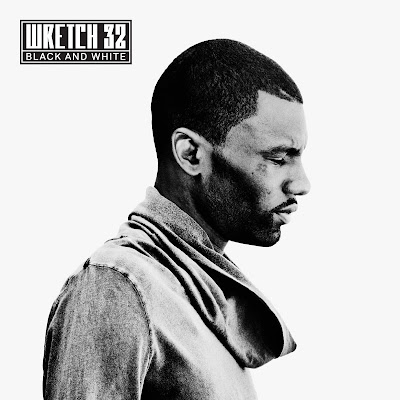 Wretch 32, real name Jermaine Scott, is one of the UK’s most loved MCs – from the underground up. From his early years in London’s flourishing grime scene back in the early 00s, the Tottenham-raised lyricist has always stood out from the crowd. His conscious and reflective bars, along with an extremely relaxed flow, made him a firm favourite on the UK hip hop circuit.


Much like Tinie Tempah, Wretch 32 has proved that British MCs can reach the mainstream without selling their soul to pop. The first fruits of this crossover success were tasted in January 2011, when his single Traktor broke into the domestic top five following an appearance on the BBC Sound of… list. And his second official single, Unorthodox, fared even better, peaking at number two in April. So it’s clear that much has changed since his debut LP of 2008, Wretchrospective – but has public recognition come at the expense of what marked Wretch 32 out as such a talent in the first place?

Not at all – on the opening title-track, the rapper lets the listener know that it’s the same old Wretch at work. Over a drum-heavy hip hop beat he sets up the rest of the album well, advising everyone to fasten their seatbelts as he prepares to take them on a ride that they won’t forget in a hurry.

Never Be Me finds Wretch delving into his past, opening up about making certain decisions in life that got him to where he is today. Featuring RnB newcomer Angel on the hook, the track has an inspirational feel to it – all over another impressive, but this time more grime-influenced, beat. A true standout is Anniversary, with Alex Mills on singing duties – it’s a love song, minus any cheese. Then the album lurches into the electro-infused Sane’s the New Mad – a glimpse into Wretch’s party lifestyle, with ladies and alcohol at the forefront of his attentions. And closer Don’t Go just might be one of the tracks of the year.

Black and White is a ‘featuring’-heavy offering – Ed Sheeran, Chipmunk and Labrinth’s new signing, Etta Bond, are among the guests appearing. But unlike many other albums where the central MC is joined by several contributors, the collaborations don’t take any shine away from the artist at the core of this release. Across these varied tracks we hear Wretch 32 in all of his lyrical glory, making good on the promise he’s shown since day one.