So yeah, I recently compiled a mixtape for King Apparel and got man like DJ Complex to mix it for me, seeing as I can't actually DJ to save my life! I'm definitely going to try and do some more stuff like this in 2011, better yet, should I just attend a DJ learning course so that I can mix for myself? Meh. Enjoy the mixtape people. Merry Christmas! 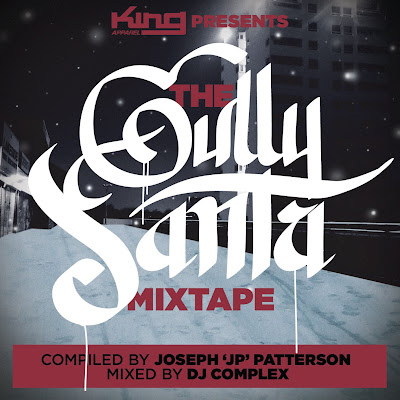 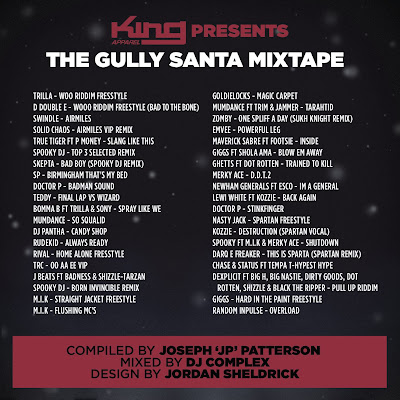 Joseph ‘JP’ Patterson: “This year has been a great year for UK underground music. We’ve seen Rinse FM finally get their long-awaited broadcasting licence, well-known publications have finally recognised that this scene/sound is here to stay, and we’ve also seen a few grime and dubstep acts finally get the recognition they deserve, chart-wise. Producers and MCs have remained true to their sound throughout the year, proving that you don’t actually have to go down the electro-pop/Euro-R&B route to gain a loyal fanbase. Then there’s the new wave of artists, they’ve come through and impressed fans and critics with their new energy, something that was definitely needed. It’s been a refreshing year, to say the least.

“I teamed up with King Apparel, a brand who truly understands the underground music scene, to compile a free download mixtape to end the year off nicely with. ‘The Gully Santa Mixtape’ is mixed by DJ and Warner A&R, DJ Complex, and from start to finish, you’ll get to witness a little bit of what the UK had to offer us in 2010. Real music.”