The Independent: Ear To The Ground - Random Impulse 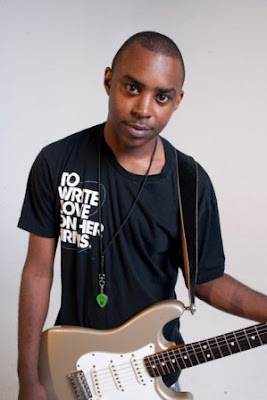 Jovel Walker, known to most as Random Impulse, is an electric-guitar-playing-grime-MC from north London. He’s been causing somewhat of a stir on the underground music scene recently with his ‘Refix’ series, which sees him remake and add his own twist on some old and new tracks by artists that he admires. Having sold an impressive amount of mixtapes, all 16,000 of them, Random Impulse has proven that he doesn’t need to sell out or change who he is, musically, to gain fans.

“I’ve not too long ago came back from America and the reception was amazing,” he told me. “My work in America led to a long line of producers from both sides of the pond wanting to work with me, including: Guy Chambers (Robbie Williams), Bleu McAuley (The Jonas Brothers and Selena Gomez), Semothy Jones (Little Boots, Professor Green and Lily Allen) and Brian West (K’naan and Nelly Furtado), to name a few. I’ve also worked alongside some talented acts, such as Tinie Tempah, Chipmunk, DJ Ironik, Wiley and Scorcher, in the past too.”

The future is already looking bright for the grime/indie music lover, and with some major label interest in him at the moment, it’s only a matter of time before we see him rubbing shoulders with some of his old friends, Tinie Tempah and Chipmunk, in the charts soon. “I’m preparing for my first full album and I’m also looking release an EP before that comes out. I’ve got a video for my debut single, ‘Overload’, dropping January 4, so look out for that. Having been in the music game for a few years now, I just want to keep things moving and it’s getting better and better by the day.”

Just because this grime MC can play an electric guitar and loves all things indie, he isn’t trying to bring back the grindie sound/scene of yesteryear, by any means. Random Impulse is in a random lane of his own.

This also appeared over at The Independent: H E R E
Posted by Joseph 'JP' Patterson at Friday, December 24, 2010