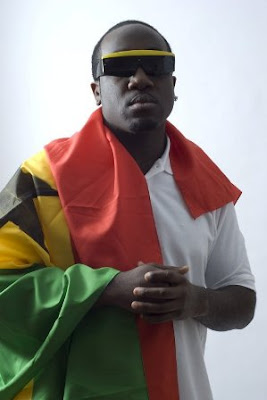 The Wrap Up: For those that aren’t aware of your work, give us some history into the world of Silencer?

Teddy: Well, I’m a producer from east London and I started off from being an artist at early stages of secondary school. I turned into a DJ at the age of 14 and then I started producing at 17, now I'm 21. I've produced for major names such as Skepta, JME, P Money, Ghetts, Griminal, Tinchy Stryder and may more. I also DJ around the UK and I’m hopefully going to take my DJing career abroad very soon.

TWU: Before we carry on, can you just explain why you decided to change your name from Silencer to Teddy?

Teddy: Being perceived as ‘Silencer’ isn’t a name that everyone would be comfortable with saying at any place. If there was a big meeting and my name was said in a room of 50 people deciding remix work or album organisation, I don’t think they would take me as serious due to it being classed as an accesory to a weapon. The word ‘Teddy’ isn’t threatening in any way and I think it can work in all sorts of areas, depending on how far I want to take it.

TWU: Who would you say inspired you to get into making music?

Teddy: I was in a youth club and I saw a program and asked a youth worker what it was, he said it was a music program in which I could make beats with. I asked him to open it and teach me how to use it, so he taught me the basics and it was then when my quest started, because I really enjoyed making that beat even though it was really crap. Then I was bootlegging other people’s music at a stage when it was really in fashion (Eskimo days) and then I came to my senses and thought that I could be making my own music. So here I am, one of the biggest producers in the grime scene. The people that inspire me to make music in today's world would be the likes of Swizz Beatz, Rapid, Virgo Rude Kid, S-X and G.Tank. They’re all a challenge to me, so it keeps me motivated to make more and more good music every single day.

TWU: What are your thoughts on the grime scene at the moment? I mean when it comes to the production side of things, it hasn’t always been on point. I personally don't think anything can compare to the production from back in the day...

Teddy: You know what? Our beats today are a lot better than back in the day. They sound more professional, better structure, it’s just where it originated from which makes you think that it was better. People that don't know about old skool grime might not like music that came from back in the day, so it’s a mind game type of thing, but I enjoy both sides of it. I just think old grime is getting played out too much in raves and on the radio. There used to be special times where on a Sunday evening a DJ would take us back with old grime on radio, now it’s an everyday thing, so I'm not really too interested in older grime that much anymore. But both sides are good, I originated from the old skool grime era.

TWU: Yourself with the likes of Rude Kid and S-X, have really been pushing things forward and trying to become more than just ‘the producer’. You’re all becoming artists within your own rights now. Do you think that it’s the way forward, as opposed to the MCs getting all the limelight?

Teddy: Yes, most definitely. It’s the right thing, because fans forget about the brains behind the beats and we're 50% of why our fans dance more to the track, they just don’t know it. People give all the props to the artists and forget about the producers and that's why I leave my trademark/slogan behind every beat I make. I think it’s only best that every producer gets onto creating ways of getting themselves noticed when artists vocal their music.

TWU: You work with a group by the name of Underground Unit don’t you? Tell us more about that project...

Teddy: Yeah, we’re working on an album but we're just going to release singles to find ourselves and see what our fans want from us before we start selecting. We have some massive tracks that no one has heard so far in the pipeline. Watch out for us!

TWU: How did you think your ‘Wow Bass’ project went? Did you get out what you wanted from it?

Teddy: Erm, yes. More exposure and more fans, that's all I wanted. That's what I need at the end of the day. It’s not always about the money, otherwise no one goes anywhere and it just becomes a selfish circle. It's got me noticed by people that I used to look up to, so it’s a great look for me.

TWU: Who are you rating at the moment that are in and out of the grime music scene?

Teddy: Skepta, Ghetts, OG’z, JME, Tempz, Chipmunk, Marvell Boys, Tinie Tempah, Tinchy Stryder, Dizzee Rascal and Newham Generals. They're the only people I see in my eyes that are very consistent; they need to keep it up because something or someone will recognise them soon. I have high respect for them.

TWU: You’ve made some epic beats such as ‘World War 4', ‘Dirtbag’ and ‘Final Lap’ and they've all become somewhat classic grime instrumentals already. Do you enjoy hearing MCs spitting over your tracks, official or not?

Teddy: Yeah, I smile inside because it still hasn't sunk in. When people talk about grime producers and everyone knows my slogan, it’s a good look for me with people screaming ‘Tedddyyy’ all the time. I actually think it's good that my name Teddy has come into play, it makes more sense. All the fans that vocal my music, please don't think I’m not listening, I do listen, it’s just that I can’t say thanks to everyone but I can send one message out to all, which makes sense. I’m sure you would do the same.

TWU: What kind of music do you see yourself making in the next five to ten years time?

Teddy: Grime, hip-hop, funky house and electro house. That's what I enjoy making at the moment and it should remain the same.

TWU: OK, so you’ve got a CD coming out called ‘Ghanaian Fire’. Tell us more about it and what people can expect from it...

Teddy: I've been working closely with a producer called G.Tank, he’s my mate and we are both Ghanaian, so we came to a decision that we should combine our music together to create 13 instrumentals that is as hot to the temperature of actual Ghanaian fire, so we did. We made one track together and the other 12 instrumentals were just compiled. It’s out now in HMV for people to go out and support and it’s a release that you cannot miss out on, believe me!

Also catch Teddy on Rinse.fm every Thursday morning 1am - 3am

Stay up to date with Teddy on Twitter - www.twitter.com/Teddy_Music