MTV: Wrap Up And Watch Out: F-T 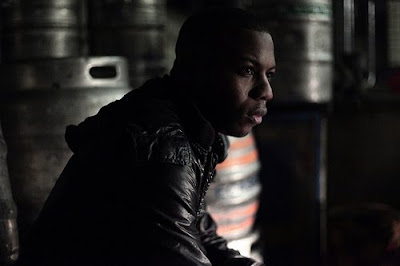 My name is F-T, also known as F-Tizzle. I’m an artist/producer based in Milton Keynes and I was first known for my production as a member of the grime collective IMP Batch. I gained production credits on various artists songs and I’ve worked with many acts including Kano, Crazy Titch, Roll Deep, Ruff Sqwad and Lady Fury, to name a few. My first CD was entitled 'One Boy And His Music' which featured many of the names I just mentioned and the following release was called 'Global Epidemic' which had the video singles 'Cant Make That Choice' and 'Out In The Street' from it. The 'Cant Make That Choice' video premiered on MTV Base which was a really cool surprise as it was my debut video and it really widened my fan base. 'Out In The Street' was a raw grime anthem and this was a bold move away from the squeaky clean image that the first single portrayed. These two singles led to a string of collaborations with high profile artists within and beyond the urban genre.

Growing up it was all about Wiley and Dizzee Rascal, as they were producers/MCs both doing it at a very high standard. The energy and hype that they carried was immense. Heartless and So Solid ‘Sun City’ tape packs were the first bits of underground music I had heard and that really set the tone for what I would listen to from there on, I guess. Another inspiration was Macabre Unit, simply because when I heard any set they did, every single song was produced by them and this is something I later adopted with my own collective.

It seems the norm to say this now, but my genre is UK urban. I prefer to let other people categorise my music. I just make music, genres seem to come and go, but as long as I’m breathing I’ll just be doing me in my own way.

Yes it is hard living outside of London, it has a close knit network I feel, but it only means you have to work twice as hard and prove yourself. It’s important to conquer your city before the rest of the UK, so right now I’m just trying to put my hometown on the map and elevate myself to where I want to be. I have had the opportunity to work with some of my favourite musicians and I have a list yet to be ticked off, but with time everything will happen.

I have an album coming out soon which will feature Fame Academy winner David Sneddon, Durrty Goodz, l Camz, Asher D and Golden Brown. My music is a reflection of my feelings and experiences and I portray it through my lyrics and production. Besides my solo project I’ve been working on an alternative project which promises to be like nothing else that’s been out before. This project mixes indie with urban and features some really cool indie acts along with some familiar names such as D Double E and Badness, to name a few. I keep myself busy and strive to collaborate with everyone I’m feeling regardless of status or success and I’m ready to make my mark in the game. I’m going to release single after single leading up to the album and I will be dropping two CDs before then being 'The Missing Link' which is going to be a full grime E.P and also ‘FTUniverse.com’, which will be a free download to launch my website. I also have an instrumental CD for singers, MCs and rappers ready to drop as well. The first single from the forthcoming album is entitled 'turn my world' and this song will be released on May 24th digitally, this first single is something different and has elements of dance, grime and dubstep in there, so it’s got a little something for everyone. I’m currently touring Oceana and Lava Ignite nightclubs up and down the country promoting the single and my clothing line 'Gift From God'. I could talk for ages but I’m just going to leave by asking you to look out for me because I’m about to be everywhere. Thanks to everyone supporting my movement!

Stay up to date with F-T on MySpace and Twitter

This also appeared over at MTV: HERE
Posted by Joseph 'JP' Patterson at Monday, March 29, 2010