MTV: In Underground DJs We Trust? 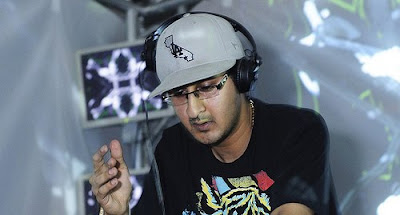 After many years of grime music fans bombarding BBC 1Xtra with emails, online campaigns and blog posts about them not having a dedicated grime/underground music show, it seems like they’ve finally took note and have now hired a few of the UK's best underground producers and DJs to showcase the best in grime and dubstep (with a hint of bassline and UK funky) via their ‘In New DJs We Trust’ series. True Tiger Recordings C.E.O Stanza, grime producer Swindle and Illmana from Nottingham, have all been offered their own show on the black music station. Surely this decision wasn’t completely down to Peggy having that grime rave on EastEnders a few weeks ago?

I had a little catch up with me old mate Stanza about his new show and he said: "After we'd recorded the pilots I was told there was a good chance that the show would be ours, but I didn't think too much of it. Then I woke up on Monday morning to an email from 1Xtra saying they'd like to offer us the show, it was a bit surreal to be honest. After starting radio by doing pirate radio shows and then going on to do guest mixes and cover shows for 1Xtra and Radio 1 over the last few years, to now have my own show, really is a special moment for me and the rest of True Tiger."

He added: "It’s funny, because a couple years back some people were telling me “you can't make it by doing grime and dubstep,” and now in a space of a month we've been signed to 1Xtra, Coda Agency, signed a one off deal with Fabric and had a dubstep beat of ours signed as a single for a major label artist. With artists and producers like Tinie Tempah, Dizzee Rascal, Rusko, Bless Beats, Naughty Boy, Skream and now Devlin, it just goes to show that you can come from the grime and dubstep scene and take it to another level and it also proves the importance of these genres. I don't think any major label can say that they’re not interested in grime and dubstep artists now, which can only be a good thing. It’s just great to have new UK sounds pushed into the charts, keeps it interesting for everyone."

Stanza’s first show first show on BBC 1Xtra will be aired on May 3rd and it’s going to be an all-star special alongside Swindle and Illmana.

Stay up to date with Stanza on Twitter – www.twitter.com/TrueTiger

This also appeared over at MTV: HERE
Posted by Joseph 'JP' Patterson at Monday, March 29, 2010