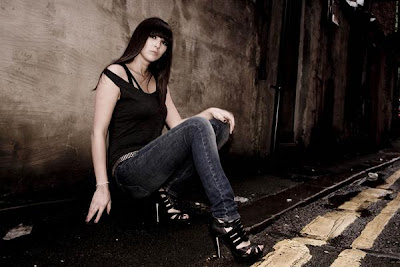 Djinn is a dubstep DJ from Manchester that has recently been causing a stir on the underground scene. Mixmag caught up with her to talk about her love for comedy...

“Outside my love of music I've always had a real thing for stand up comedy. My all time favourite comedian has to be Richard Pryor; the original old skool master. His stand up routines are absolutely timeless and apart from the jokes, what I admire most about Pryor is the fact that he didn't give a shit, he was raw, he went out on stage, tore the place up and said things that others at the time were afraid to say. Richard Pryor would also often ridicule his own bad happenings in the routines he did for the sake of entertainment.

"I read his autobiography and despite all the success, the high times and the wild things he managed to get up to, he had tough life. Pryor was abused as a young kid and brought up in a really racist society and he battled addictions for most of his life. He had numerous amounts of wives, three heart attacks, a failed suicide attempt that left him badly burnt and later on developed MS, which eventually confined him to a wheelchair and stopped him doing the routines that made him an icon. Widely regarded as the original king of comedy, Richard Pryor pioneered a profane and hard cutting style that comedians still imitate to this day. His comic genius and influence remain unparalleled.”

Sully / Living / Urban Graffiti
Dark dubstep, this release is huge. I’m still really into jungle so anything with amen break is pretty much an instant hit with me.

Type 1 / The Beginning / Unreleased
Aggressive dubstep at it's finest. Sparse, heavy drums and a bassline that hits you in the face like a sledgehammer.

Skream / Burnin' Up / Forthcoming - Digital Soundboy
Another dubstep jungle track with a nod to the old skool heads. Skream's tribute remix of Cloud 9's Burnin' Up really hits the spot.

S.I.N / Steppin Headz / XS Dubz
Sinister vibes, really feeling this track and although it’s been about since June, it still needed a mention. The eerie ethnic flute-style riff combined with the dark bass and sparse delayed drums work perfectly.

A version of this appeared in Mixmag