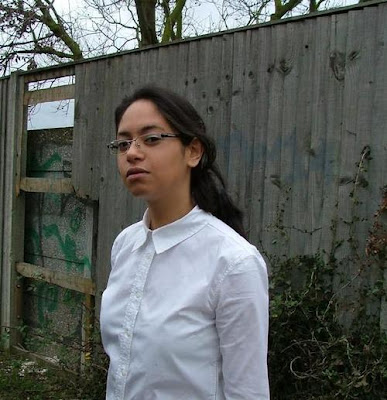 SUPERSUPER: When did you realise you had a talent for producing music?

IKONIKA: I started listening to Hip-Hop when I was younger. I think around 1993/4. I found myself really into the beat. I was never really listening to the lyrics; I was more fascinated about where the beat came from and how it was made. I guess from there is when I realized I wanted to get involved…

SS: Why did you choose to make dubstep?

I: I started learning the drums a couple of years later. I played in a few metal and hardcore bands. I was really into it. Then around 2005 I decided to go back to Hip-Hop and try making some beats. I’d got a copy of FL4 and was trying stuff out really. It wasn’t until I found out that Skream was making his stuff on the FL too is when I tried to emulate some dubstep.

SS: What’s your thought on the current state of the dubstep scene?

I: I actually think it’s really exciting. So many people are coming with their own sound and are starting to get a lot of recognition. I’m talking about people like Joker, Guido, Darkstar, Madd, Zomby, Brackles and Greena. These people just make me want to step my game up real bad and I’m really happy to be friends with them.

SS: To me dubstep seems like a very male dominated scene, a bit like the grime scene, how does it differ for being a female in such a scene?

I: I don’t really like this question because compared to say the metal scene; dubstep is a little teddy bear. I’ve never really seen it as male dominated, because everything in life is pretty much male dominated. As a woman you just learn to deal with it. I don’t really notice it. Most of my heroes are male but they’d still be my heroes if they were female. I dunno, I hate these sexism questions because it doesn’t effect me, I don’t think about it when I’m making tunes.

SS: Where do you get your inspirations from because your sound is very different to the normal dubstep sound?

I: I think it’s because I’d listened to so many different genres of music when I was growing up. I went through so many different phases as a teenager, it was all a bit confusing trying to ‘fit-in’ because people could never categorize me and I guess it’s kind of similar with my music. I’m a Gemini so there’s always going to be a weird balance with me. I have many personalities and I absolutely love a bit of contrast. I describe my style as, synth and bass, future and past, electronic emotions, quarter stepping, scared and not scared…

A version of this appears in SUPERSUPER Magazine issue 17