MTV IGGY: The 18 Best Music Festivals In The World 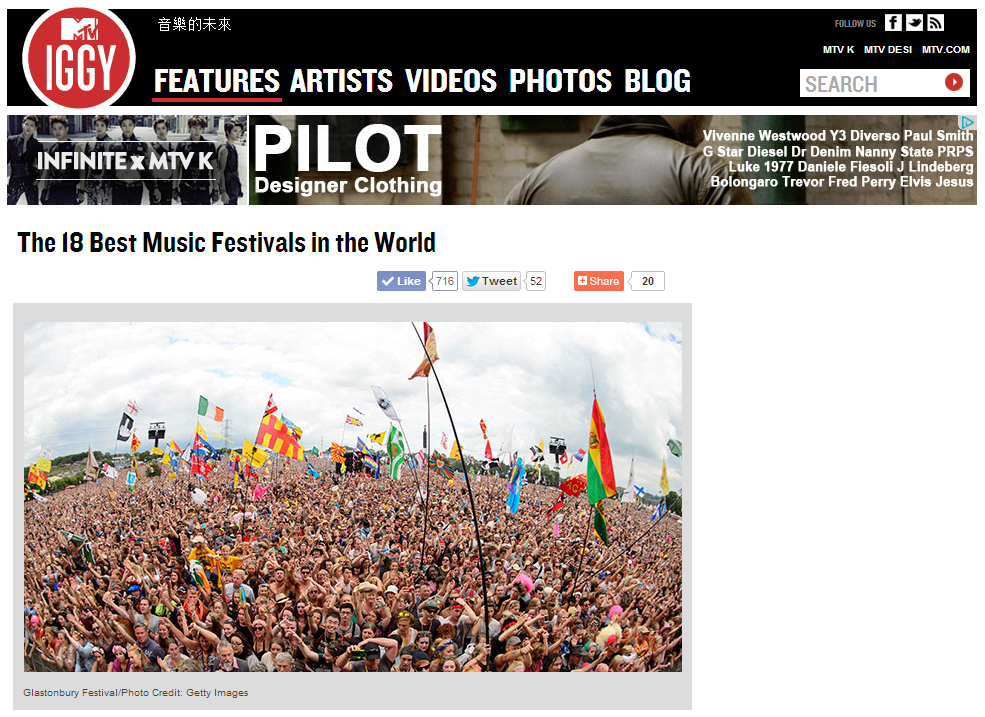 DGTL Festival, which took place in Amsterdam this year, is like being in some sort of space-age movie: walking, talking robots randomly walking past you, men in suits waving their lightsabers around — it's all a bit bonkers! The NDSM Docklands was transformed into a space fit for a two-day festival, with various spaces catering to the sonic needs of techno, house, and trance music-lovers. Sets by Gui Boratto, Soul Clap, Hot Since 82, Jamie Jones and Amine Edge & DANCE were ones to remember, and even if you were strictly a shuffle-loving deep house head, you still got to appreciate and buzz off sounds you probably never thought you would.

Thought up in 2013 by experienced music businessmen Andy Dean and Andy Woodford, Emerging Ibiza was created as an online and club event forum to give up-and-coming DJs and producers a chance at cracking the hard-to-enter dance arena. What makes Dean and Woodford’s concept even more unique to a discerning house and techno ear, is that all the names chosen to play at their curated events are handpicked by Emerging Ibiza’s “experts,” which, this year, included Mixmag Editors, IMS Festival bookers, and big-room dons such as Shaun Reeves, Steve Lawler, and Yousef.

The festival kicked off in a big way at the back end of May, 2014, and thanks to some unforgettable sets from the likes of newbies Andy Baxter, Joe Rolet, Tom Crane, Jamie Trench, Isabella, and Anek, it’s safe to say Emerging Ibiza shut the whole island down! From Sankeys and Ushuaia to Zoo Project and Space, these fresh faces rolled out the freshest underground cuts at top-line events and venues, that you’d be hard pressed to find in sets from a few of the bigger-known acts currently doing the rounds... Which begs the next question: Emerging Ibiza, 2015? Bring it on!