MTV IGGY: Selector: Critics Pick Their Most Played Tracks Of 2013 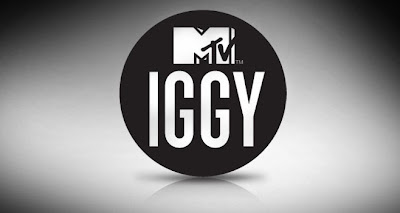 In this special edition Selector column, we hand things over to our UK correspondent, Joseph 'JP' Patterson, and four of his music writing friends to give us a rundown of their most-listened-to tracks of the past twelve months, some of which may even include underrated cuts on their favorite albums, mixtapes, and EPs of the year. More often than not, writers are handed music to critique at their 9-5 desks. But, what do they really listen to in their leisure time? Well, now you’ll be able to get deep inside the ears of some whose respected words have appeared in/on the likes of i-D Magazine, FACT Magazine, The Guardian, and VICE’s Noisey.com. Mostly all of the picks in the following list, you won’t find in any other end-of-year round-up; these critics dig a little deeper to remind us all of just how much great electronic, alt-R&B, hip-hop, and grime music 2013 has served up.

2013 has treated British bass music extremely well, and one producer who has been spoilt rotten with kudos is Bedford’s very own bad-boy-beat-maker, Lil Silva. Salient Sarah – taken from his pop-leaning bass EP, Distance – is, for me, one of Mr. Silva’s finest productions to date: its springy synth work and pulsating bassline underpin Sampha Sisay’s gospel-inflected pipes to make it a highly infectious, reload-worthy listen. Basically, it’s just over five minutes of melodic bliss.

Drake’s R&B-rap album, Nothing Was The Same, was a major talking point in hip-hop this year. And, although he’s been the butt of many-a-meme joke for showing maybe a little too much of his emo side on the platinum-selling LP, no one can deny the greatness of Drizzy’s Jhene Aiko-assisted number, From Time. It was the DJ Q bootleg of the song that sealed the deal for me, though. The Huddersfield bassline champion pretty much removes the Young Money rapper from the equation, and wraps his bouncy 2-step around Aiko’s dreamy vocals. UK garage has never sounded so alive!

In 2013, plenty of UK rappers got signed, plenty got dropped, most didn’t release near enough material, and a good few lost ratings and street credibility to the point of no return. East London’s J Spades, on the other hand, he kept it consistent throughout on an independent level, with his rep firmly intact. Now, I must admit; it took the longest for me to dig Spades' wave, but his patios-tinged flow and vivid street stories eventually found a secure home on my playlist in May with the release of his hood-loved mixtape, More Money More Pagans 2. The 19-track tape’s standout, Live Life, features London Boy American Dreaming rapper, DVS, and is uplifting in the most non-cheesiest sense of the word.

All hail the new queen of R&G.