MTV IGGY: Murkage Cartel Get The Official Nod From The D.O.T. 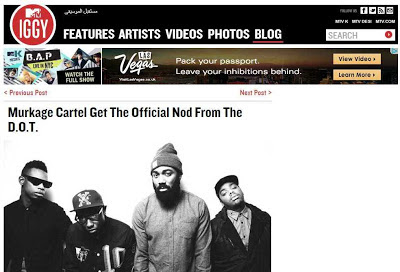 Manchester’s Murkage Cartel are known for throwing cool parties, and making dope bootlegs to play at their parties. Recently, though, they received the official nod from The D.O.T., aka The Streets' Mike Skinner and The Music’s Rob Harvey, for their dreamy, house-meets-garage reworking of the indie-pop outfit’s new Blood, Sweat & Tears single. And, boy, what a corking remix it is. Shufflers, gather 'round, gather 'round…