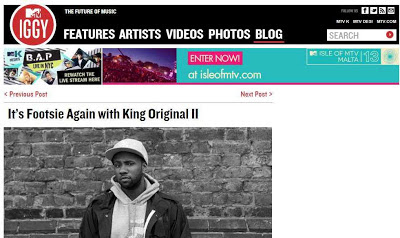 Footsie was there for grime’s birth, and he’s played an important role in its growth. The legendary MC and producer climbed his way up the underground music tree as a member of the much-loved Newham Generals, as well as producing key scene instrumentals like Scars and Hit It.

More recently, Footsie has been focusing on beat-making. The east London native released a Mixmag-approved compilation by the name of King Original Vol 1 in March of this year, and will release the second installment, King Original Vol 2, on June 24 via Braindead Entertainment.

Throughout 18 tracks, he takes grime into the future, gives dubstep life, and digs up his jungle and reggae roots. Oh, and a couple of guys called Dizzee Rascal and Maverick Sabre feature on it, too. Check out DJ Tempo’s King Original Vol 2 minimix after the jump.