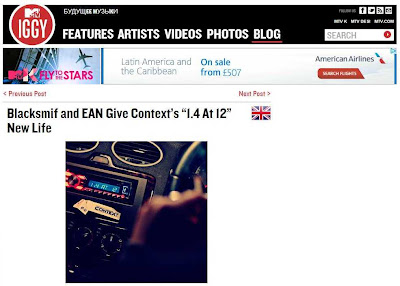 "Flamboyant, percussive and melodic risks within a bass-driven, jazz-tinged environment" is how north London’s Blacksmif eloquently described his production style in an interview with Dazed & Confused last year. Listen below, as he showcases all of the above and more in a chilled-out remix of Context’s latest track, 1.4 At 12.

But if you prefer your music a little more rough and ready, there's always EAN’s orchestral grime remix. Context spits a few new lines, and is also joined by UK hip-hop's outspoken one, Genesis Elijah, and grime's new waver, Rival, for some skippy barring business. Listen...