MTV IGGY: Flava D’s Remix Of Aaliyah’s 'One In A Million' Is A Dream 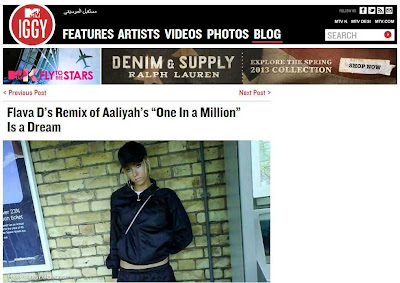 It’s pretty much common knowledge that grime music is run by the man dem, but there’s one ladywho has come through in the last couple of years with some meaty productions. Her name? Flava D. The south London lass was recently taken in by Butterz – the scene’s leading label – who released her EP, Hold On, to applauding fans and critics earlier this month.

As a thank you gesture to her supporters, Flava D has given a track out for free – but it isn’t grime. Showing her versatility as a beatmaker, the former Wiley protégé remixed the late Aaliyah’s classic female anthem, One In A Million, into a dreamy, 2-step garage masterpiece. Listen and download below.