MTV IGGY: Archy Marshall AKA King Krule AKA Edgar The Beatmaker Is Back 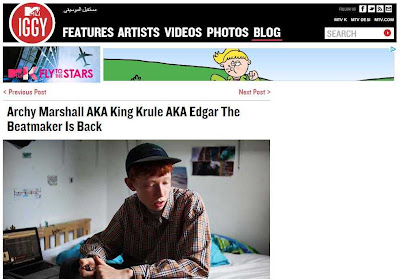 Archy Marshall, also known as King Krule – who was previously known as Zoo Kid, and DJ JD Sports – now has a new alias: Edgar The Beatmaker. Thanks to his latest alter-ego, we get to hear just how much of an impact hip-hop has had on the London lad, as he swaps his deeply emotional singing and guitar-strumming for fun rap. Mr Edgar’s free three-track EP, Baby London, is made up of slurry rhymes – which almost sounds like he’s freestyling – experimental beats, and a random conversation between him and a mobile phone network provider. And I have to say, it’s pretty damn good!