MTV IGGY: Get Insight Into A Typical British Weekend With Context! 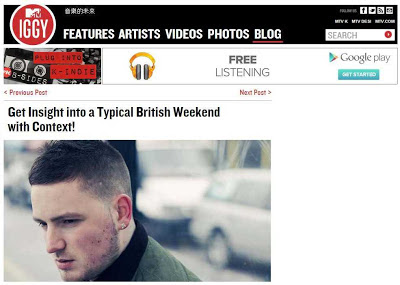 Context had a great 2012, in terms of getting his name out there and being hailed as "the new Mike Skinner," and now he enters 2013 with his brand new single, 1.4 At 12. Cinematic’s nu-garage production under the rapper’s chat makes it the perfect clubland bubbler, while it’s already doing the rounds over at BBC Radio 1 HQ. Speaking on the inspiration behind the track, Context tells MTV IGGY: "The track is basically about me driving round Norwich in my old Ford Fiesta and just telling the story of what I’m seeing: lads sniffing Ketamine, fights outside kebab shops and all the loony stuff you see in English cities on a normal weekend." And we wouldn’t change it for the world!