MTV IGGY: The Child Of Lov Wants To Give Us Some Funk 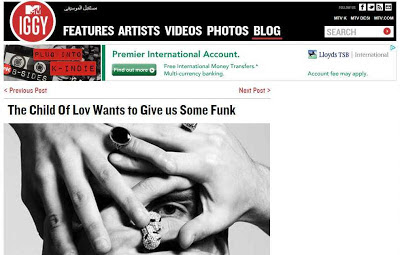 The Child Of Lov’s funky and futuristic take on soul has turned him into an online sensation overnight. The new artist from London has chosen to keep his identity hidden so that all of the attention can be focused on his music, which is kinda refreshing, right? His latest funkadelic offering, Give Me, will take you back to an era when having an Afro was more popular than having a straight weave…Ah, those were the (natural) days. Actually, most of you reading this probably weren’t even thought of back then. I digress. Two Inch Punch has been a big fan of TCOL ever since he heard him recording at Damon Albarn’s 13 Studios, so he decided to make a glitchy remix of the newbie’s new single. Check it out below.