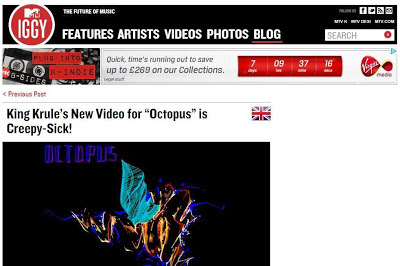 King Krule’s new video for Octopus is weird in so many ways, but weird in 2013 is good. Directed by Paraic and Michael Morrissey – who also shot the video for his Rinse FM-released double A-side single, Rock Bottom – we see the teenage crooner all suited and booted in a dark bathroom, looking as though he’s having a little word with his troubled soul. What makes it even creepier is that there’s a random, Insidious-looking character swaying in a bathtub full of dark liquid – just casually waiting for Mr Krule to pass by. And we haven’t even touched on the hauntedness of the track yet! Check it out below.