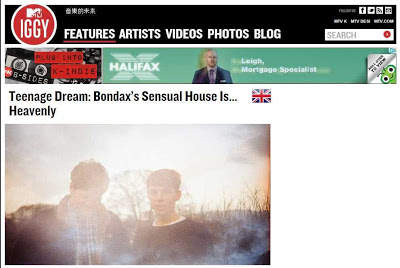 Where They’re From: Lancaster, England

Hailing from the countryside of England, Adam Kaye and George Townsend – better known as production duo, Bondax – no longer have to feel like outcasts in the UK’s close-knit, typically London-based, bass music scene. Having met each other during the last year of high school, the two lads instantly built a connection through their love of music: Kaye began his musical journey playing in indie bands, while Townsend had already been producing for years. Influenced by everything from folk to dubstep, the two teenage beatsmiths’ approach to house music is far from the norm. Their spacey, chilled-out and uplifting tunes are confined to their Lancaster-based bedrooms no more, and can now be heard getting reloaded by the likes of BBC Radio 1′s Annie Mac on a regular basis.

Bondax’s buzz has skyrocketed in a matter of months, but it hasn’t been an easy ride – they’ll have you know. Spending two years getting to know each other’s musical style inside out has made them a strong force, ready to give some other dance duos a run for their mula. While it would be kinda obvious to compare them to Disclosure – there are two members in each outfit, they’re both from the UK, they both make house music, and they’re both young and forward-thinking – Bondax’s sensual sound is purposely made at a lower BPM than the typical 125 benchmark for the genre – making it, perhaps, more appropriate to play when serenading a loved one, as opposed to just cutting hardcore shapes to.

Gold is Bondax’s new low-tempo soulful number, which will hopefully give them another step up the global dance music ladder. We think they’ve already got it in the bag!