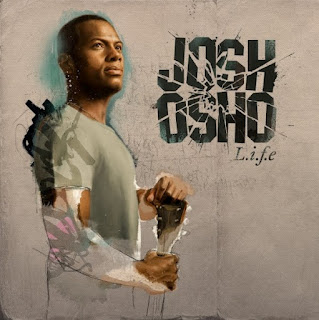 Twenty-year-old Josh Osho is a Brit-soul newcomer who has managed to turn his life around in more ways than one. From dodgy dealings on south London's streets to singing his heart on-stage as a supporting act for Emeli Sandé, the Island Records-signed crooner has become an inspiration without even meaning to be.

Influenced by everyone from Lauryn Hill to Simon & Garfunkel, Osho’s sound is a fusion of soul, folk and pop smoothness – and his husky tone and honest lyrics makes him a gem in the UK pop scene. When an artist goes through pain and heartache in life, it’s a beautiful thing when their music touches you through the speakers – and Osho’s debut, L.I.F.E (Learning Is For Ever), does this perfectly.

Opener Redemption Days had critics singing Osho's praises when he first entered the scene at the start of 2011. The song’s orchestral production complements the singer's uplifting tale of getting through the hard times and looking on the brighter side of life. Footsteps is an upbeat number that stands up well to repeat listens. Its guitar-heavy, African drum-patterned background sets up the gravelly voiced singer’s catchy delivery nicely. It’s definitely a standout on this set.

If you’re a guitar-loving music listener, then you will certainly enjoy L.I.F.E. – its maker might collaborate with rappers, but his sound isn’t as hard-edged as the punchy production several contemporary urban sets have presented. Osho comes across like he’s been making music for longer than he has, showing maturity on each tune, taking the listener on a journey through, well, life.

Said rappers, namely Ghostface Killah and Childish Gambino, appear on L.I.F.E.’s closing numbers – but them aside, this is a strictly solo affair. Osho seems confident in his ability to hold his own throughout, and so he should because he impresses immensely on this uplifting first offering.