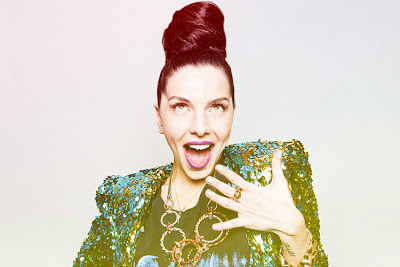 "Epic doom-pop": that's what Ayah Marar would like you to call her unique take on music from now on. Currently one of the leading females in UK bass music, this London-based vocalist—who is inspired by everything from soul and R&B to drum & bass and dubstep—has a lot to live up to. Ayah's Yogi-produced track, 'Follow U', received plenty of love from the underground music masses when it was released via Ministry Of Sound in 2011, but now she's ready to go it alone under her own independent record label, HUSSLE GIRL.

EARLIEST MUSICAL MEMORIES: I have vivid memories of my dad listening to 'The Sound Of Silence' by Simon & Garfunkel when I was little. He'd set up his record player and have it on repeat, and he'd stop occasionally to pop the headphones on my head and tell me what an incredibly well written song it was. Funny, the things we remember! My parents were massive Beatles fans, and they later got caught up in '80s music, but I was always more of a soul/R&B girl growing up: Erykah Badu, Jill Scott, Gwen McCrae, Gil Scott-Heron, Stevie, Prince and so on. Then I moved on to hip-hop: Big Daddy Kane, A Tribe Called Quest, The Pharcyde, The Roots, Pete Rock and CL Smooth. Reggae has always been the love of my life. When I moved to England, I got totally immersed in the drum & bass scene. It was Ed Rush & Optical's "Wormhole" that did it for me.

WHY INDIE OVER MAJOR?: My label is called HUSSLE GIRL, and we're all very proud of her. To be honest with you, I've been doing this for a while now and I reached a point a few years ago where I had to stop and decide whether I wanted to compromise myself and my sound and be put in a box, because that's what I was always asked: "Who are you? Where do you fit in? Where is this going?" I was never ready to answer that because it was more about making music and being on stage than worrying about fitting into a box for me. When the opportunity arose to keep doing this ourselves, there was no other way and nothing more appealing. I don't want to be caught up in that rat race either, I love what I do and I'll do it as long as I'm breathing - not until my industry shelf life expires.

IS THERE ROOM FOR AYAH MARAR? I think there's never been a better or more exciting time to be in music, [in the] UK or otherwise! I love that anyone can do anything they like, however they like and you can always find a platform to do it. Gone are the days when only a certain sound would get on the radio, or if your track wasn't mixed by a certain engineer, you might not get air play. It's anyone's game! You can be making beats on your laptop or singing a capella on YouTube and get noticed. I feel lucky to be part of it, and if people keep supporting us like they have been, things can only get better.

ON JESS MILLS AND KATY B COMPARISONS: Well, both ladies you've just mentioned are very talented, and it's nice to be recognized with talented people. I understand that there is this fascination in the UK to compare people if they are even vaguely similar. We have all worked with underground music, so I can see the link there. But we are all so vocally and lyrically different that it would be unfair to all of us to put us in the same box, but I do understand it. We've all come from very different musical backgrounds, too, but I guess people hear the music first so it's harder to know where it comes from.

DREAM COLLABORATIONS AND FUTURE GOALS: I'd love to work with Sly and Robbie. Frank Ocean would be a dream, but Prince is the ultimate fantasy. I won't lie, Sean Paul would be a guilty pleasure (laughs). With regards to future plans, I'll be doing a lot more writing with different producers, releasing more singles, an album will be dropping soon, I'll be non-stop pushing my label, performing at summer festivals and doing a lot of touring. Oh, and world domination, of course! Just another day at the office (laughs).