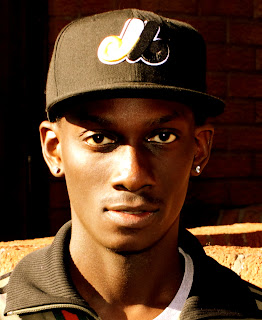 Preditah ambushed the bass music scene with his dance-worthy grime productions in 2011, and he has no plans on stopping any time soon. The Birmingham-born producer, who is heavily influenced by gospel music, put together an exclusive free mix for The Wrap Up’s grime-loving readers...

But before you hit that download button, check out what happened when we caught up with the rising super-producer to talk about his thoughts on the grime scene today, his new 'Circles' EP, and his future plans.

The Wrap Up: Preditah! Firstly, thanks for taking the time out to make us an exclusive grime mix. Tell us why you decided to call it 'Future Sounds'?

Preditah: My new mix is entitled 'Future Sounds' because it features some of the best new music which has either only just been released, will be available soon or won’t be available until later on in the year. The mix features artists and producers such as myself, JME, Skepta, Kano, C4, Swindle, Scruffizer, Rude Kid, Newham Generals, Teddy Music, Faze Miyake, Wiley, Royal T, Ruff Squad and a whole load more.

TWU: What are your thoughts on the grime scene at the moment?

Preditah: I feel that grime is healthy at the moment. The fact that there are so many DJs, producers and new MCs involved in the genre is a good thing. However, I do feel that a lot of grime tracks have lost the excitement element due to the huge hip-hop/trap sound dominating most of last year’s music scene. Most producers and MCs are doing more hip-hop-sounding grime – which is cool, but it can’t be compared classic grime tracks like 'Pow', 'Wot Do U Call It' and 'Next Hype'. I also love that grime is now a UK sound, rather than just a London sound. With events like 'Eskimo Dance' returning, 'Lord Of The Mics 3' being in the top 40 charts since its release back in December, and the legendary JME reaching No. 41 in the national charts with a grime freestyle, the scene has never been healthier!

TWU: Your new EP, 'Circles', is out now. For the people who have yet to purchase it, what can they expect from it?

Preditah: My 'Circles' EP is the current sound of grime. A little bit more and nothing less! It has four tracks plus a bonus track, and each track has its own story/sound just to show how versatile my compositions can be in and around 140 BPM. I can guarantee that people of all ages will like this EP. It's a release that I’m 100% proud of and I'm sure if your reading this and have it in your collection, you’ll be proud of what myself and Logan Sama have put together.

Preditah: My plan for the rest of 2012 is to simply keep constantly releasing good music, work with more artists and singers who would compliment my productions, and improve and remain humble. I have quite a lot in the diary for this year and, by God's grace, hopefully I'll be able to do them all to the best of my ability.