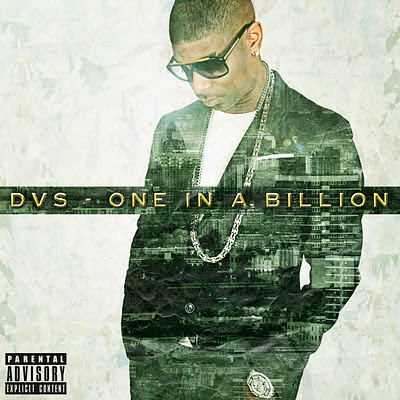 After years of waiting, DVS fans up and down the country will be pleased to know that the wait to hear some new music from the PDC rapper is now finally over. As he mentioned in a recent interview with The Wrap Up, the Brixton-raised storyteller has been busy cooking up some serious heat in the studio, as well as collaborating with the crème de la crème of the UK rap scene...
Today marks the release of 'One In A Billion'. The 19-track offering, which is easily one of the most anticipated underground mixtapes of the year, will definitely keep fans happy until DVS is ready to drop his debut album in 2012. Full to the brim of emotionally-charged, heartfelt and honest lyrics, this artist has delivered a truly amazing body of work here.

7. 'In & Out' Feat. Shystie & English Frank (Produced By Kimbo Hareez)