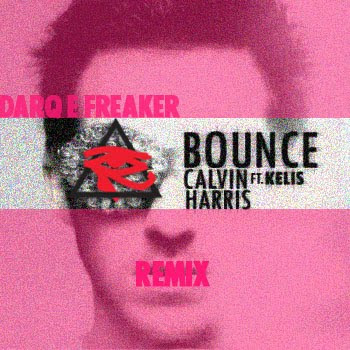 Darq E Freaker is a name that I've seen pop up all over the place this year. He's a producer from London who - along with the likes of Spooky, Preditah, Faze Miyake and others - has injected an exciting new energy into the 10-year-old genre of grime...
Over the years, I've seen grime slowly lose its dance factor - it got to a point where it was just about standing up and watching MCs spit bars all night - but these new producers aren't bothered if your favourite MC decides to vocal their productions or not, because they're making instrumentals with enough skankability to keep any grime fan on their toes.

Darq E Freaker's latest offering comes in the form of a remix. Calvin Harris and Kelis' infectious chart-topping single, 'Bounce', gets the grime/dubstep treatment with some impressive results.