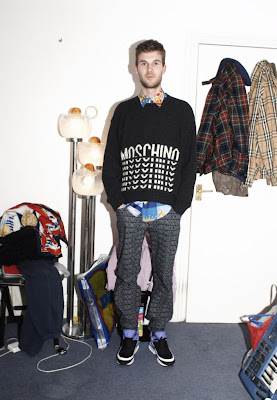 When UK garage music was the leading sound of the underground, I was in my nappies and, to be honest, from the amount of money that my older brother spent on patterned Moschino jean suits and Nike 110’s over the years (this was the dress code, you see), I’m kind of glad that I wasn’t involved, because I’d probably be paying off my credit card bills ten years down the line like he is now (sorry, Joel)…

But I may have to eat my words and go for the cheaper option by heading to eBay in search of some vintage Iceberg History garments so that I can fit in with the older ravers - who I’m currently seeing reliving their past in clubland. The sound that birthed grime, dubstep and bassline has done a Lazarus on us and has risen from the dead! Yes, garage music is back in all its blinged-out glory. Over the past couple of months, I've witnessed the genre slowly creep back on to various specialist radio show playlists and take over popular club nights that it used to play a vital part in, namely Sidewinder.

With people like Todd Edwards around, this revival was bound to take place sooner or later. While most of his colleagues left the scene to decay, Todd remained loyal to garage - making it sound as current as he possibly could throughout the years. When producers started making UKB in 2009, it was exciting to hear, even though many thought it was a complete waste of time. Now, though, young grime and bassline producers – who, like myself, were probably in nappies when garage was at its peak – are taking it back to where it all began, creating tracks with strong elements of that earlier garage sound.

Someone who has been supporting the whole movement is BBC 1Xtra’s DJ Q, who feels that garage has always been around but it's only now that people are starting to appreciate it again. "In my opinion, garage never went anywhere. The only thing that has changed now is that a lot of the artists who were around at the beginning, they have now come back to the scene," says DJ Q. "But I think the tune that sparked the whole 'garage is back' thing is Mike Delinquent Project's remix of Wretch 32's 'Traktor', because this track used a traditional 2-step beat pattern – very similar to the stuff which was being made back in the early garage days."

Well, folks, it's time to dig up those bright-coloured Valentino jeans from the back of the wardrobe, practise that old skool garage skank that you used to do, and head to the nearest garage rave in a town near you. Who knows, you might even bag yourself a GILF! I joke, I joke…


Catch DJ Q on BBC 1Xtra every Tuesday/Wednesday, 1am – 4am.