The Independent: Ear To The Ground - English Frank 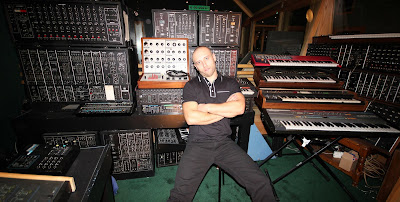 Introducing English Frank, a UK rapper who currently has the online world eating out of the palm of his hand due to impressive wordplay and complex delivery. After accumulating hundreds of thousands of YouTube views in just a few months, does this south Londoner really have what it takes to last in today’s UK music scene? Joseph ‘JP’ Patterson finds out.
English Frank! Interesting name you’ve got there…

Yeah, my name’s Frank and obviously I’m English, but it’s more because it rings a bell and it’s catchy. I’m a frank person as well.

So, how did you get into music and why do you feel that now is the right time for you to show everyone know what you’re about?

I got into music from day one, I’ve always been into music from the start. I listen to so many artists, but I never really tried to pursue rapping before the last six months.

Now is the time that it makes sense. It never made sense before, so I never to tried to pursue it like how I am now.

Okay, okay… You’ve got a very distinct rhyming style, but who inspired you as you were just getting into music?

There are loads of artists. Michael Jackson is the obvious one, but I get inspiration from every good artist in the world – otherwise they wouldn’t be known as a good artist. I’ve never really copied anyone’s particular style, I copied everyone’s style. That way, I never sound like anyone else. I’ve got thousands of people inside of me (laughs).

(Laughs) Are there any artists from the UK music scene that you’re rating at the moment and do you draw any inspiration from any of them?

There are a few who definitely have talent. DVS is talented and there’s also Margs from Mashtown. There are loads, I really could go on. But not many guys give me inspiration, I’m still listening to a lot of the American stuff, I get a lot of inspiration from that.

How would you personally describe your musical style?

I’m guessing that you probably class yourself as UK hip-hop act, right? But the bars that you’re coming with, it’s less conscious and more for the streets, so I’d personally put you under the UK rap category. I just think that they’re two very different scenes…

Well, yeah, that’s what people are hearing at the moment, but the stuff that people haven’t heard is more on that conscious level. I’ve got some new stuff, commercial-sounding, but still very hard. I’ve got some tunes with singing on it as well and it sounds crazy, but you’ll soon see. I’ve also got a ‘Fire In The Booth’ coming out soon and I go quite conscious on there as well. It’s probably the same thing, you might as well just class them as rapping. Some are rapping conscious and others are rapping road, I do both!

Cool. I’ll be completely honest with you. I only came across you a couple of months ago, but you’ve actually been around for a few years, when you went under the name of ‘Frantic Frank’…

Yeah, man. I started off fun rapping; there was no career in it so I wasn’t about. Music was all fun and it wasn’t even an industry that I wanted to be a part of at the time. The industry, at the time, wasn’t really for our music. Loads and loads of people might think that others are brand new to rapping, but they’ve actually been rapping for years. They’ve probably been trying to push themselves and now they’re thinking that this is the time. So for the last few years, I haven’t been rapping, I’ve just been living life.

You seem to be everywhere nowadays, doing various freestyles. But I think my favourite has to be your SB.TV freestyle…

Honestly, I think the SB.TV freestyle is the best, especially at that sort of grime tempo, but no one realises that it was 135-140BPM. I think that’s probably the best one I’ve done so far. I’ve got more stuff, but I can’t really talk about it right now. But I definitely think I went in hard on that one. I’ve got to write an F64 and I’m struggling to write it now (laughs).

Now that you’re taking your music a bit more seriously, are you aiming to get yourself signed in the future? I know that independence and having creative control is a big thing for you…

I would get signed if the deal was right, but I don’t really need money. I’m not a hungry artist, but then again, I’m much hungrier than a lot of people. Not having money doesn’t make you hungry, but I don’t need to put food in my fridge, so there’s not a lot that the labels can offer me right now. Unless we get to a massive stage, then obviously labels are going to come, but on a small level, what certain artists are getting from their labels, I can do for myself. But if it comes to the stage where I need to get signed to grow bigger, then with the right contract, I will do something.

Let me just throw a random question in here. What are your thoughts on grime? I find that UK rappers always have something interesting to say about it…

That’s a weird one because, what is grime? Grime derives from hip-hop, the same way everything derives from everything. Grime probably came from drum and bass and garage. I did grime years ago, I used to do that before I became a rapper. This is just an adventure, it isn’t a career. But grime was more of a young thing, I used to go crazy over grime, then it just comes to a point where you get older. I can still do the grime thing, but I just think hip-hop is on another level and more of a worldwide music. Original grime was just placed in a box as repetitive, angry music.

Interesting! Alright, so what can people expect from English Frank in coming months?

The name is nowhere near big enough yet, we’re going to try and blow it up as much as it can blow up and then get some good shows and then we’ll be dropping the album and more material. If a deal doesn’t come through, I’ll just get money from shows. But I’m not just trying to do this by myself; I’m trying to blow up the whole scene as well. If I do it by myself, then it doesn’t make it any better for myself, because in the long run, the scene isn’t getting big.
This also appeared over at The Independent: H E R E
Posted by Joseph 'JP' Patterson at Monday, April 18, 2011