The Independent: Ear To The Ground - Exo 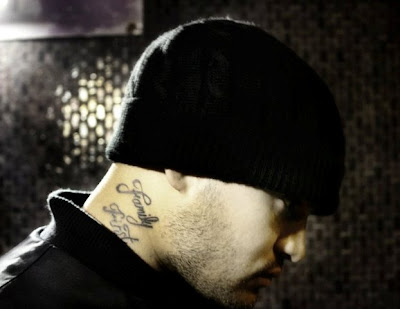 “I make street music, and I’m proud to say it. I’m from the streets, I’m still broken, I still don’t have f**k all, so that’s what I talk about because it’s my life. Just real life street music…”
Introducing Exo, a rapper from Harlesden who is quickly becoming a sought-after member of the UK rap community. Having come across his work via a member of his USG camp, K Koke, I was instantly drawn by Exo’s well-executed street tales – especially throughout his ‘Power Of The Pound’ mixtape – which he released for free in 2010.

At the age of 14, Exo decided to put pen to paper and started writing lyrics, but it was only when he hit 18 that he put those bars to good use. At that point, he knew that rapping was something that he wanted to pursue. Inspired by the American rap artists of yesteryear, Exo is now trying to inspire himself, as well as others who listen to his music.

“I listened to a lot of Tupac, Snoop Doog and DMX growing up, but right now, I’m just doing me,” Exo explained. “I’m not really inspired by anyone out there right now; I try and be my own inspiration. So Solid did their thing back in the day, they were the ones that everyone looked up to: the big cars, nice videos etc., but other than that, it was a straight American hip-hop thing for me.”

Being the grime supporter that I am, I always find it interesting to hear why lyricists go down the UK rap route, as opposed to becoming a grime MC. But for Exo, it was simply down to the fact that he didn’t think grime music was an appropriate outlet for what was on his mind.

“I don’t mind grime, it had its time, but I actually can’t understand what most of the MCs are saying (laughs). Like, I’ve tried my hardest to see where they’re coming from, but I just don’t get it. I like my music a bit deeper. When you’re rapping, you’re able to express deeper thoughts, you can’t do that if you’re a grime MC. I’m an artist; I like to get my point across nice and clear.”

He continued: “I just like real music. I would never want to put myself in a box. I don’t want to be put in just the UK road rap category because I’m a musician, I like to write. I’ve even written songs for indie/rock groups before, so yeah, I just like music in general. If I like a beat, then I’ll work with it. Even when I listen to the radio now, an odd song might come on and I’ll think its banging.”

With a new mixtape, ‘The Waiting Room’ hosted by BBC 1Xtra’s Charlie Sloth, due for release in the summer – Exo is hoping to put his unique stamp on the UK music scene, proving that: “I am the total package…”
This also appeared over at The Independent: H E R E
Posted by Joseph 'JP' Patterson at Friday, March 18, 2011