The Independent: Ear To The Ground - Fem Fel 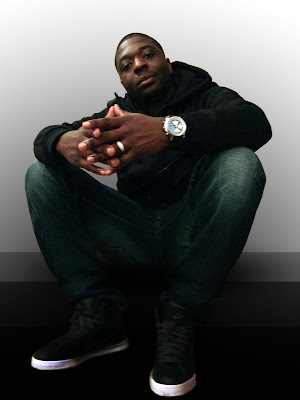 UK rap music seems to be the talk of the town at the moment. With the success that Giggs has seen over the past couple of years, along with K Koke’s recent signing to Jay-Z’s Roc Nation, UK rap might just be a genre of music to be reckoned with in the near future. Introducing Fem Fel, a south London-born lyricist who is currently making some major waves on the underground music scene. Known for his laid-back flow and thought-provoking lyrics, this artists’ name has now been placed high up in my ones to watch list for 2011.

After seeing a number of freestyles on YouTube, it was only when Fem Fel released the video for his current single, ‘Runnin’ featuring UK vocalist Lily McKenzie; that really made me (and fellow music critics) sit up and pay attention to what this rising underground star had to bring to the UK music table. Moving forward though, Fem just released the video for the potential club smash, ‘Put It In A Bag’ featuring fellow UK rapper, Blade Brown. I haven’t come across any real club-worthy UK rap tracks in a while, so hopefully that will change with this catchy number.

Fem Fel comes across as a very humble guy, which is no wonder why he has so much respect from the likes of Skepta, Tinie Tempah et al, who even featured in the video for ‘Put It In A Bag’. With a dedicated team behind him, maybe we’ll see this rappers’ name up in lights soon too, along with some of his good “buddies”, as he likes to call them. Fem Fel’s debut album, ‘Eyes Closed’, is due for release in April.