The Independent: Ear To The Ground - RoxXxan 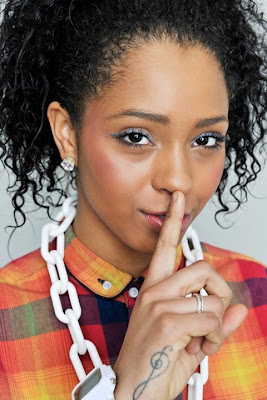 I first came across Birmingham-born RoxXxan in 2009, when she attended my club night, ChockABlock. She was surrounded by a very male-dominated audience, waiting patiently for her turn to jump on the microphone, something I hadn’t seen a female MC do in a very long time; it was definitely refreshing to see.

Before opening her mouth, all you could see is this angelic-looking-face, but when she touched down on those gritty beats, she attacked it with a hard-hitting flow. I was shocked, to say the least. But it wasn’t too long before she’d go on to impress the rest of the underground music scene with the winning combination of grime and beauty too.

Earlier in 2010, the 21-year-old lover of backpacks managed to get featured on the soundtrack of the Mo Ali-directed film, Shank, with a track entitled, ‘Heavyweight’. This was the first stand-out track from the MC, and it was finally her chance to introduce herself to the masses the best way she knew how, with lyrics: “I’m heavier than the average. Far from a girly-girl, I’m a savage...”

That track, along with an impressive freestyle on Charlie Sloth’s BBC 1Xtra show, saw RoxXxan go on to win over the ears of label bosses at Polydor, who eventually snapped up the female grime MC. Now with a dedicated management team and a growing fanbase behind her, RoxXxan is planning on showcasing her love for UK underground music, and her intriguing fascination with backpacks, to the masses.

This also appeared over at The Independent: H E R E
Posted by Joseph 'JP' Patterson at Sunday, January 16, 2011