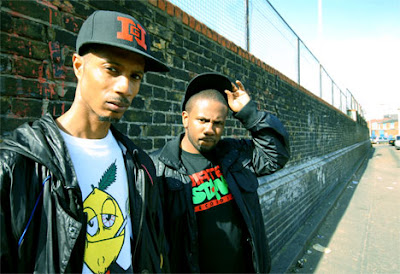 D Double E and Footsie, otherwise known as legendary grime duo Newham Generals, seem to be having a great year this year. With countless freestyles, radio and TV appearances (big up No Hats No Trainers on that front), collectively these guys have proved that you can still be over the age of 25 and make acceptable grime music for the masses without changing your style to appeal to the mainstream audience, their recent show at The Lovebox Festival was a clear sign of that. Donatella caught up with the one and only, Newham Generals…

Stay up to date with Newham Generals on Twitter - www.twitter.com/NewhamGenerals

This also appeared over at MTV: HERE
Posted by Joseph 'JP' Patterson at Monday, October 04, 2010