The Creators Project (Vice/Intel): It's Our Great Grime Roundup 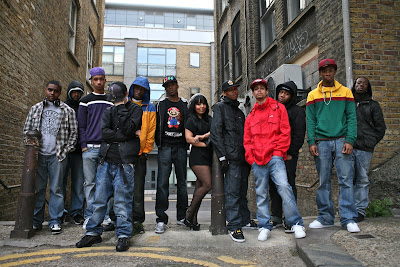 The grime music scene in London has changed over recent years. Remember when Dizzee Rascal, Wiley and Tinchy Stryder were the talk of the town back in grime’s heydey? You can now find them all filling up the mainstream charts, with their more clean-cut take on grime, these days. So, you readers in the U.S must surely be thinking, ‘So is grime dead in London now, then?’ The answer to your question is a simple, NO! Grime has had a major comeback in the year of 2010 and it has finally become exciting again. Now we’re faced with the new wave of grime MCs, producers, DJs (and even bloggers) making waves within the underground music scene in UK. We haven’t forgotten the legends of grime such as Slew Dem, Newham Generals et al, who continue to make authentic grime music to this day, but a new generation of artists are now being ushered into the scene to keep it fresh.

East London has always been a factory for top grime talent and this time around there is no exception. With the likes of Maxsta, Shrimpos, Big Shizz and Marger all pumping up the flow to the gritty kicks and snares, east London’s flag will continue to fly. Maxsta set the tone earlier this year with his East London Is Back track and brought a lot of attention to the new generation of young spitters that are ready to take the sound back from a poor excuse for pop, to the sound that started it all off. Big Shizz, formally known as Little Shit, was part of Lil Rascals from a very early age and has since returned with all his power to show that he isn’t just a great MC, but can hold a note or two, as you can hear from the video above. 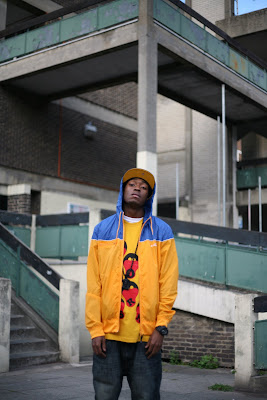 While Rival sustains a venomous flow and hollow tone, with his references to a darker side of grime with his Funky House track, he shows a lot of experimentation with dubstep which comes mainly from his involvement with Alien Musik. This track also underlay’s the value of just how important the pure grime sound and culture is to the new generation, that they won’t throw it away so easily like their leaders have.

On the other side of the city, grime is just as strong-hearted and apart of life and culture in south London’s Lewisham. Kozzie is one of the main MCs at the forefront of the new generation. His main drive is to take grime back to the days when it was all about the mixture of hype production and equally hype lyrics. With his Lewi White Metal Face vocal, Back Again, as well as his hardcore mosh pit induced 'Destruction' it’s made it hard to not notice him at every angle: club nights, radio and the rest. 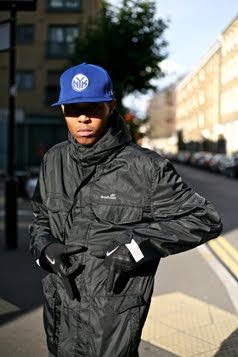 Fellow Blue Borough representative, Merky Ace, follows a separate style of honest street tales packaged with an aggressive style and flow. Do This Ting is a great example of his raw, gritty formula and his collective, Family Tree, all show a hunger and passion that seems to lay at the root of the new wave of grime.

West London’s Scrufizzer is an MC/producer that has really proved to the rest of the capital that the west side can hold its own when it comes to grime and has shown that he doesn’t need to fall into the mainstream/pop trap that many other artists from his town have been caught up in. With his unique sound, Scrufizzer, also known as Scruface, has proved that he too is leading the way along with the rest of the new generation of grime members. 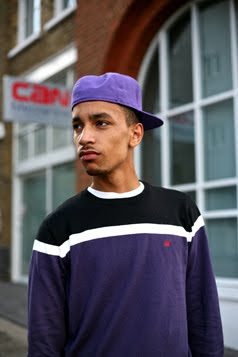 Essex-born, Dream Mclean has been spotted by some of the biggest producers in the biz who are all chomping at the bit to work with him. Chase & Status spotted the up-and-comer via Twitter and can now call themselves fans of the MC, so much so they’re due to work on a forthcoming project together. Twitter is a tool that all of these artists have really taken full advantage of when promoting themselves, imagine what would’ve happened if MySpace was still the in-thing! 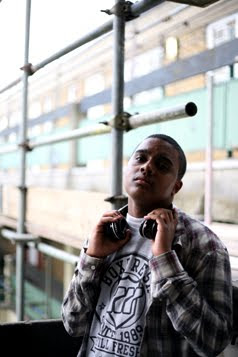 J Beatz, Darq E Freaker, Royal T, SRC, Rude Kid, Swindle and Teddy (Silencer) are just a few names that people associate with amazingly skilful grime production. Having worked with the likes of Wiley, Tempa T, P Money et al, these producers are now becoming artists within their own rights. Gone are the days when producers were the guys that just made beats in their bedrooms and hardly got any limelight, now they’re taking over and can be seen starring in their own music videos, getting bookings around the UK and in some cases, around the globe. What a mighty long way they’ve come. So, with all of this new talent, we’re pretty sure grime will live on and prove that it can still stay grounded to its core roots without selling its soul to pop or electro.