Have We Had Enough Of Free Music Now? 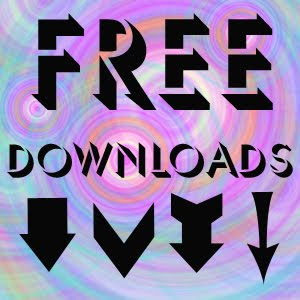 OK, something has been troubling me for a little while now and that’s the topic of free music. I’ve been in two minds in regards to all the free music flying about recently, because I support it, but yet I don't. Going on Twitter, Facebook and the forums to hear some great new music is all well and good and sometimes better if it's free to download for the old iPod, I mean, who doesn’t like freeness? But over the past year, the amount of free downloads that I’ve come across could easily stock up the whole of HMV in Oxford Circus (slight exaggeration). Now, don't get me wrong, there is nothing wrong with trying to grow ones fanbase and letting people know that you're about, but if you keep on releasing free tracks and free mixtapes all the time then eventually people will think to themselves, 'Hold on, this guy’s last two CDs were free, so why should I spend £7.99 on this new one?'

As a music critic, I get a lot of free music and that’s because it’s my job to listen to music and give feedback to the artists, but that doesn't mean the rest of the nation should get to hear it for free too. MCs and producers, I'm on your side here, so don't think I'm trying to have a dig at you, I’ve just spoken to a lot of industry folk who are thinking the same thing as what I’m now telling y’all now. You need to value the music that you're making and by all means put out a free track here and there to create some buzz around your name etc., but don't flood the forums, Twitter and Facebook with constant freeness, as you're going devaluing your music by doing this in the long run. Do you really want to get to the point where you want to start making some real money from what you’re doing and then people par you because they’re waiting for the next free mixtape release from you? No, I didn’t think so…

This was written mainly for the up-and-coming MCs and producers out there, so please take heed.