MTV: Wrap Up And Watch Out: Tazzle 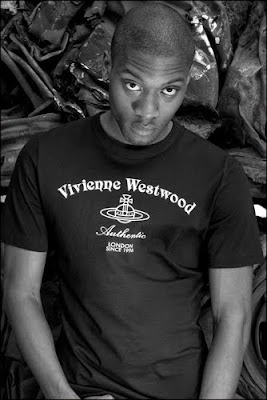 My name is Tazzle and I’m a recording artist from Birmingham. I’m heavily involved in the underground music scene and strive to make music that can be accepted and appreciated by all. I specialise in grime, but can adapt and perform on various genres and I enjoy being versatile. I’m a humble guy with success on my mind and I am determined to succeed at all costs. My ambition is to create music for a living and I am about my movements, about my job and about my brand. I’m aiming to make it to the top and feel that I have a solid foundation of which to achieve that goal.

My Inspirations has to be old skool MCs like Vader, Devilman, Powerhill, Bass Developers and Lowkey Crew, all of which were in crews on the underground Birmingham grime scene. I also feel a lot of my inspiration comes from London artists such as Wiley, Ghetto, Kano, Scorcher and Wretch 32. These were people I grew up listening to and I admired the way they were able to perform on grime and show the masses. I wanted a part of that action and after a while decided to try it myself and since have gone on from strength to strength. Birmingham was my initial inspiration, but as I developed as an artist I began to look towards London and see the way people like Ghetto, Wiley, and Scorcher would present their brand, so I began to adopt patterns, mentalities and behaviours around that in order to emulate their success. My father was a big inspiration too, as he was in a sound back in the day, which made music something I felt I had to get into.

I would say that grime music is my forte, as this is the foundation of my music, but I can perform on any genre well. It’s hard to categorise what I do under a single genre, because I would suggest that I’m a one trick man, whereas versatility is a must for me. I don’t quite know how to answer this one if I’m honest with you, if everything was a genre then I’d pick that [laughs].

In Birmingham there aren't as many outlets readily available to push underground music, which can have a major effect on our output levels and recognition. But I feel that if you’re about your brand as much as you should be, then these things are mare obstacles that can be tackled. For what I know, London is seen as the centre of the whole scene because radio, record labels etc are more accessible, up here in Birmingham a lot of artists feel that they have to enter the London market in order to get any real credible play due to it being the heart of the industry. I do feel a lot more can be done to invest into up-and-coming artists outside the capital though and hopefully a few artists can break the door down. I aim to put Birmingham firmly on the map and generate more traffic and interest our way and make people look outside London for talent and appreciate what we do and the part we play in the music scene.

I released a funky house single called ‘Look Me Up and Down’ which was produced by Swifta Beater and the official music video was filmed by WordOnRoad TV and will be out for digital release mid- summer 2010. This year is gonna be manic, I intend to release a mixtape entitled, ‘Say No More’ and that will be my second release along with three music videos to accompany the mixtape. I will be releasing the follow up to my first mixtape, ‘The Story So Far Vol2’ as well. Also this year I’m releasing a few tracks from my street album ‘Critically Acclaimed’ which I’m planning to bring out in 2011. I’ve also got promotional clothing to release under the label called ‘AstroFly’. Just look out for me, it’s a lot to take in, but the work rate has to be maintained!