MTV: Wrap Up And Watch Out: Frantic 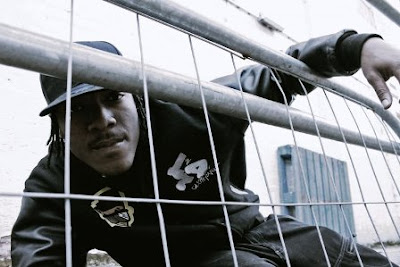 I'm known as Frantic or F-r-antic and I am a lyricist/songwriter from Birmingham. Currently I make UK hip-hop music as a rapper, but I have grown through the Midlands scene through grime music since 2006. I was previously signed to an independent record label in Birmingham when I was 17, which had problems coping in the recession. The time I spent with the label helped me to see the bigger picture, in terms of the importance of the quality of a product under deadlines and taking my bars beyond my lyric book. I have no regrets about being signed at a young age. It’s only been since this year that I have chose to solely make hip-hop music, because as an artist I feel it’s the genre that best expresses my talent. For me, music is more about finding out new ways to use words to capture an emotion, situation or memory. Every song I write has that 'relatable' factor to it; because I draw on real things and by that I mean the good, as well as the bad. A lot of rappers say they talk about 'real' things when they mention crime etc, but I don’t think it’s realistic to ignore the good parts of life, which has led me to write for a lot of singers in recent months. In everything I do, I try to put 100% effort in to creating a professional, bulletproof end product. My motto is, ‘hard work in the streets, will get you in the industry.’

My inspirations as a younger were the Nas 'Illmatic' CD, Lauryn Hills 'Miseducation Of Lauryn Hill,' Mobb Deep, 2pac, Erykah Badu, people who had mastered their craft and could tell you something with every song or lyric they wrote. In the UK, Dizzee Rascal was the biggest influence that made me step into grime music. I had always listened to garage, because my mum was a DJ on a radio station that played 2step garage at the time, but Dizzee and the Eski sound took it to a new level for me. The way Dizzee constructed his flows projected his voice and wrote about fresh concepts on 'Boy In the Corner' and 'Show Time' made me look at grime music differently. Ghetts’ 'Ghetto Gospel' was a big eye opener for me as well, because it was the first time I saw an artist that wasn’t afraid to release a lot of emotion and intellect on a CD. My inspiration today comes from pioneering music/movements, so there isn’t a particular artist. For example Kanye West is pioneering, but I don’t like all of his songs. Pharrell Williams has a fresh sound. MC Z.O from the Midlands is a musical leader. JME and Skepta’s marketing strategy is inspiring. Lil Wayne’s creativity and free expression is something I admire and the organisation of StayFresh Music is pioneering for the Midlands. I like to draw all their best qualities and use it to create 'Frantic'.

It’s a hip-hop tempo I write at now, so let’s go with that!

It’s harder living outside of London, because we started off a couple months/year behind. We haven't got the same network's that were created in the early stages. Similar to the way London has to chase America, because the American scene was developed beforehand. When a scene is being created, that’s when people can support each other and create an infrastructure. In London it started with people like N.A.S.T.Y crew from back in the day, where D Double E, Kano and others originated from Eski sound, which led to Dizzee and Chipmunk being successful. Ruff Sqwad bred Tinchy Stryder and Maniac, so it’s like the torch gets passed down through the networks. The Midlands hasn't got such a strong history of successful artists, so we are really creating our scene properly now, ready to pass on the torch. There isn't a record label in Birmingham and there isn't A&R's, we have to go search for them.

Me and my team are currently working on a lot projects that will be released. First was my mixtape 'F Knows,' which released on 30th May 2010 and is available on www.f-r-antic.com, my website. There is a music video 'Changing Me,' which you can view on YouTube and there will be at least six more videos before the end of 2010. There will be a professional, groundbreaking, album that we will be releasing in 2011 called 'F Reality' and are working with amazing producers Knox Brown, Gifted Music and M.O.D to create a whole new sound. Along with little projects with local artists in between, there should be good things to come.

Stay up to date with Frantic on Twitter – www.twitter.com/f_r_antic

This also appeared over at MTV: HERE
Posted by Joseph 'JP' Patterson at Monday, June 07, 2010