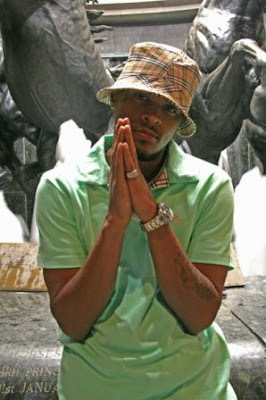 The Wrap Up: G Money, can you give us a brief history into who you are? How did the music game all start for you?

G Money: I started rapping when I was about 15 or 16, I used to be with the mandem just rapping over Nas and 2pac beats and all the other beats that were in at the time. I didn't really hit the studio that much, I was just in yards rapping over beats, then me and the mandem put out our first mixtape, ‘Mobstars Most Hated Vol 1’ and that sold out. We did the second one which was a Vol2 and that sold out as well and I was getting a lot of good feedback. So from then I just started rapping about what's going on in my life and what I have to go through every day. I then started going to the studio, laying down more tracks, making more mixtapes and doing a lot of videos and putting them up on YouTube to promote them more. That’s how it all started for G Money.

TWU: What are your thoughts on the UK rap scene at the moment? It seems as like ever since Giggs got signed a lot more people are finally starting to take more notice of the scene…

G Money: My thoughts on the UK rap scene at the moment is that these record labels need to start listening to my tracks and other good artists and start hitting us up with some big contracts [laughs]. But yeah, Giggs opened their eyes for us so I'm gonna keep on pushing out good music. I'm sure these A&R’s are still searching for more talent; there is a lot out here.

TWU: Being the grime head that I am, I always ask this to people outside of that scene. Do you like grime music at all?

G Money: I'm not really a big lover of grime music, but grime has always been there from Pay As U Go days and Nasty Crew and the rest of them garage/grime crews. It’s all the same thing to me, but I'm rating Dizzee, he took the grime scene to a whole next level, that's about it!

TWU: What would you say to someone that thought that your lyrics were too violent? I mean what if a record label wanted to sign you and asked you to tone it down, would you?

G Money: I'm versatile, I can rap about anything. The buzz is there already, I just need to keep bringing music to the table and it’s a rap! So if a record label wanted to sign me and they thought that my lyrics were too violent and asked me to tone it down, it wouldn't even be an issue because I will still be putting out good music.

TWU: I think ‘Real Close’ and ‘F**ked Up Man’ are some of your best tracks to date. What would you say was the track that really put you on the map?

G Money: I think ‘Real Close’ is a hard track and so is ‘F**ked Up Man,’ but there's loads more tracks that put me on the map. There's me and Sticky’s ‘Ride For My Niggas’ and there's ‘Face Off’ as well, they’re both big tracks. But the one that started my buzz the most was the first track I ever made called, ‘Everyday I’m Robbing Man’ and that was a remix to the Rick Ross track, ‘Everyday I’m Hustling’. Just type in G Money on YouTube and choose for yourself, there are a lot of big tracks on there!

TWU: Which UK rappers are you rating at the moment and who out of them would you like to collaborate with, if any?

G Money: First of all I’m rating all of my mandem, Mobstars: Sticky, 2G, Mo Money and Lopez. Apart from them there are only a hand full of man out there that I’m feeling, Joe Black, Giggs, Young Tef, Mashtown, USG, K Koke and that’s about it. I’d work with any of them.

TWU: K Koke seems to be doing big things at the moment; the underground is going crazy for him right now. What are your thoughts on his work?

G Money: Yeah, Koke’s name is popping still. He's doing his thing right now with USG and they’re making good music, that’s why I can listen to their tracks. He's got a big following, but so have we; we just all gotta keep bringing bangers to the table. Everyone wants to be No.1 out here in the charts, so we gotta keep putting in work.

TWU: What can fans expect from G Money for the rest of 2010 and beyond?

G Money: They can expect some more ‘Hoodfella’ clothing, more good music and loads of mixtapes. I’ve got a new mixtape coming out soon called, ‘Category A’ and I’m going to do more videos and try and break into the mainstream and work my way to the top, No.1 is where I’m supposed to be.

This also appeared over at MTV: HERE
Posted by Joseph 'JP' Patterson at Friday, June 25, 2010