MTV: Wrap Up And Watch Out: Macca 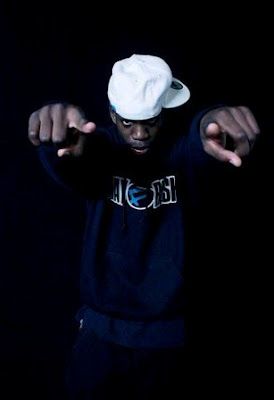 My name is Macca and I’m from a city in the Midlands called Wolverhampton. I’m an artist on the StayFresh label who has been making music since 2002. I make any kind of music, as long as it’s good, but I do have a strong passion for grime, hip-hop and reggae. My main aim is to make good music that will leave a legacy for not only the Midlands, but the UK music scene as well.

I would say that my close childhood friends are my biggest inspirations, as they were the people that first got me into music when I was younger, spitting in the local youth clubs across Wolverhampton. After a while I started to take it very seriously, but when one of my childhood friends who first got me involved with music passed away, this set me back. However, the memories I have of my close friend drives and inspires me to go on and grind even harder.

I don't want to put myself under any specific genre, as that's just restricting my mind and skills. I feel that by sticking to one genre you have to stick to rules and I don't really like to follow rules when it comes to music. I like to try new things. I'll jump on any tempo and attempt anything as long as it sounds good; but at heart I'm a grime MC, that's my foundation and I'll never forget that!

It's hard anywhere full stop. That's just an excuse when things don't swing your way. I do think there are more opportunities in London, but there are listeners and supporters everywhere and good music travels, it's just a matter of how much work you want to put in.

In the forthcoming weeks I'll be releasing the first video, '0-10 Man Are Gonna See What I'm On' and that track will be taken from my mixtape 'Reborn' which drops this summer. After that it will be more and more consistent groundwork from me and StayFresh, we aim to be heard and seen everywhere and prove that the Midlands has something to contribute to the UK music scene.