MTV: Wrap Up And Watch Out: Bomma B 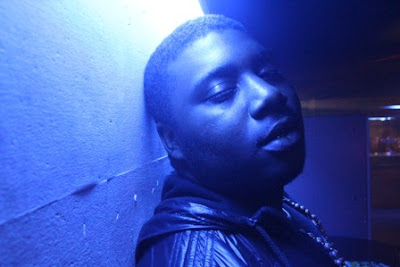 I’m J Bomma B, also known as Bomma B, The Bully Bear Boy. I’m a 22-year-old MC from Birmingham in the West Midlands and I’m all about my music. I’m a grime artist, but I’ve also done various things on hip-hop, bassline, funky and electro as well. I’ve been doing music for about 8/9 years now, well since I was 13/14 and I take music very seriously. I’ve just hooked up with a team from Birmingham called Flush, which consists of people such as Speedy, Emvee, Bassboy, Merkury and more and I’m currently working on a mix CD with them which is due to be released in late May, early June. I just dropped a hood video for the track, ‘Bombs About’ and it’s getting mad love at the moment, the video was made by Despa and you can check it out on the Flush UK Media website or their YouTube channel.

No one really inspired me. I used to listen to people such as Wiley, Crazy Titch, Dizzee Rascal, Pay As U Go and Heartless Crew and then I thought that I could do what they could do, I tried it out and here I am today.

I would put myself in the grime bracket, simply because that’s what I do really. Although I still do things in other scenes, when it comes down to it I’m still a grime MC and I’m proud to say it.

I think it’s harder for people like me who live outside of London, but you gotta keep promoting and pushing yourself and making good music so at least you’re getting heard. I see the whole of the Midlands just as if was London, maybe attracting the whole of the West Midlands and creating a scene that is just as big as London could be the thing we need to do, there’s no reason why it couldn’t be done. With the right direction, attitude and ambition, anything is possible.

I’m just going to keep making good music and pushing myself 110% and then hopefully I will get heard by the whole world and become respected for what I do. My plan for the rest of this year is to finish off and bring out my mix CD, which will be presented by Flush. I’m looking to do more street/hood videos, shows, raves and performances, basically I'm just going to try and keep getting my name out there as much as I possibly can and focus on what I need to do.

Stay up to date with Bomma B on Twitter