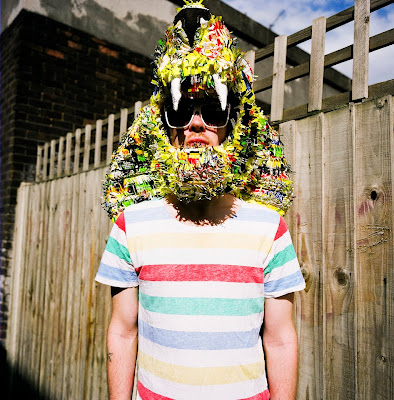 For those who don't know your work, can you tell us who you are and what you're about?

R: I am Rusko and I make heavy, dirty, wobbly, party-time dubstep. The most important part of my tracks is the bass line. I like to get the crowd jumping and I want people to feel like they are raving whenever they hear my music. I'm about fun times and heavy bass!

How did it all start for you, how did you get into making music?

R: I've been making music my whole life. My mum was in a band when I was a baby and I played the bass in a few punk groups in York, where I'm from. I've played the guitar, saxophone and piano for as long as I can remember, then I started making music using Sony Acid and then ended up going to Leeds College of Music . Being a DJ is just something that has happened since I released my first few singles, I had to learn pretty quickly and get out of the studio.

Who inspired you to become a producer?

R: Squarepusher is probably my biggest inspiration. I love the melodies and technicality of it. I love hard, techno-influenced stuff, as I'm a proper geek. I also used to listen to a lot of Iration Steppas, they're proper dub. There is such a huge dub culture in Leeds.

Let's talk dubstep. What was it about that genre that made you want to make it?

R: Bass! I just love it. It's the most important part of a dubstep track.

Dubstep is pretty big in America at the moment. Do you think the hype will last?

R: Yeah man, they love it in America. I actually moved to LA last September, so I've been doing loads of gigs out there. The American scene reminds me of how it was in London five or six years ago. The crowds are always hyped and excited, though you do get random audiences who are new to it; the crowd sort of stands there and chin strokes. They're always dancing at the end though!

How did you end up collaborating with MIA?

R: Switch and Diplo brought me in on the project. I've been friends with Switch for a while now and my album is being released on Mad Decent (Diplo's label). Maya and I just vibed well in the studio and made some absolute bangers, I'm so excited for her album to be out and I'm dying to play some of her tracks in my DJ sets, but they are totally off limits at the moment.

You're now working with Britney Spears. How did that come about?

R: [Laughs] Good old Perez! (Perez Hilton reported the collaboration earlier this month). It's a bit random, but I'm so excited for the challenge. I've already made one track for her with Alex from South Rakkas. It turned out amazing and it's going to be proper hard dubstep.

Do you think the pop world will embrace dubstep after a few big names jump on it?

R: I don't know really, I presume so. I'm just going to continue making music that I like. I think that dubstep has such a wide scope it can go anywhere. I'm ready for it. World domination!

Who would you say has been the best artist you've worked with? And who would be your dream collaboration?

R: Best artist would definitely have to be MIA. She's been the most creative and I really had a good time making music with her. My dream collaboration would have to be Meat Loaf; his vocals are just on point.

A lot of grime MCs are working on dubstep more and more these days. What are your thoughts on the two scenes mixing?

R: Since the start there have always been grime MCs working on dubstep. Some of my favourite nights out were at FWD when Newham Generals were on the mic, MCs Footsie and D Double E were amazing. I hope it continues to happen, but personally I'm not sure I would go there myself, well, unless it was Riko. If you're reading this Riko, get in touch!

Which underground and mainstream artists do you currently rate?

How did you get signed by US label, Mad Decent?

R: I met Switch first, he moved out to LA and linked up with Diplo, then they went on to do Major Lazer. Anyway, he introduced me to Diplo and it went on from there. It's been a really wicked ride, we've done some other production work together and I just finished a huge US tour with Major Lazer.

You and fellow dubstepper Caspa have worked on a lot of big tracks in the past. Will you still be working together in the future, or are you going to concentrate on solo projects?

R: Never say never. It's hard right now because we live on other sides of the world and we're both busy. He has loads of gigs and runs the Dubpolice label, and I'm up to my ears in production and gigs too. We don't have anything planned right now though.

What's been your biggest achievement?

R: Finishing my album. I'm proud of it. Though it took me a little longer than other dubstep artists to release my first LP, it's because I wanted it to be perfect. I've put a lot of work into it and I hope people love it as much as I do.

OK, tell us about your new album. What was inspired it and why did you decide to call it O.M.G!?

R: I just wanted it to be a feel-good, upbeat, fun album. I want people to smile and dance. I was really into Zapp and Roger, so I was inspired by that. I used a lot of funky 80s synth sounds. But it's good and still really varied. On my album there are reggae tracks, deep-reggae tracks, dirty drum'n'bass tracks, and there are some tunes that sound like disco.

This also appeared over at The Guardian: HERE
Posted by Joseph 'JP' Patterson at Wednesday, May 26, 2010