MTV: Wrap Up And Watch Out: Smiler 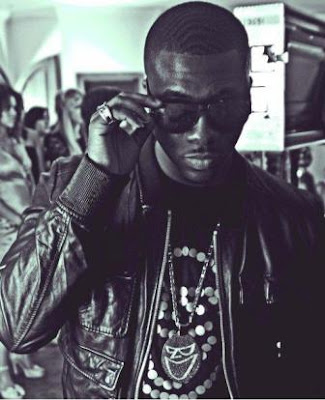 For those who don't already know, my name is Smiler. I'm about realness, grafting and results. I've been in and out of music ever since I released my underground smash 'Neighbourhood' in early 2006. Since then I’ve released a 35 track mixtape called 'Da musical Omnibus' which came out in 2007, I also took that to America to promote and my journey over there just happened to coincide with an invitation I received from DJ 279 to come out to New York for a radio show with Marley Marl, Styles P, Infamous Mobb, NYG's and Jojo Pellegrino. I then went on to release a single from the mixtape in August of 2008 entitled 'Craziest,’ which didn’t break the boundaries, but received a lot of underground acclaim. I took a break for a little while in terms of releases, stayed in and around the industry, but I had a few personal targets set which needed to be met.

I grew up listening to a lot of different artists, from 2pac, Death Row, Biggie Smalls, Junior Mafia, Mase and the whole of Bad Boy, to Luke and The 2 Live Crew and Naughty By Nature. After this period, which was probably around 1998/99, I started to listen to and appreciate the east coast New York style of rapping i.e., Tragedy Ghadafi, Noreaga and Capone, Nas, Cormega, AZ, Ali Vegas, Mobb Deep etc. When I left school and started college I started to experiment with rhyme, different flows, tempos, styles and I didn’t really know much about song formats and techniques, but I did know I began to love ‘spitting’. I found that when I really came into my own was when I stopped listening to other artists and it helped me establish my own flow and identity on a beat. As an artist, but as a man primarily, my influences are constantly changing. I used to just respect and admire anyone who could rap ill, but as time goes on, I lean more to those who have a method and know how to utilise and implement their skill. I get inspiration from the likes of hustlers, gangbangers, tramps in the street, corporate executives. You name it, the list is endless.

I would and do put myself in the hip-hop category. I don't believe that attaching yourself to a specific genre limits you as an artist, because everybody who is, or was great, has at some point along their journey been renowned or famous for something. Whether that title or stigma stays attached, I can and will only ever see it as a positive that they managed to be recognised for a particular style/trade.

To be honest, I've never tried to break into the underground scene. I've always set my sights a lot further, hence my journey to the states in 2007. You should never have to try and get into something that you're already part of. The streets are the underground, therefore when I put music out, that's where the initial love and feedback comes from. The industry has always been secondary for the reason that the industry listen to the people and the people are the streets.

I'm currently working on my album as well as a 4-disc mixtape, so my work rate is pretty bonkers at the moment. I'm working with a range of different producers, giving the people something undeniable is my goal and I intend to do just that. My single 'ENZA' is going down a storm and I aim to keep escalating the levels. I already have 2 more videos for forthcoming releases shot and in the locker, they are crazy if I do say so myself [laughs]. I'm also considering producing a film and have already started scriptwriting. Ultimately, I just want to keep busy.

Stay up to date with Smiler on Twitter - www.twitter.com/SmilerMusic